Samsung launched the latest and greatest tablet with many new uncommon features that can easily replace your laptop.

Apple and Samsung have been engaged in settlement talks to sort out their patent issues. However, that does seem to stop Apple from actively pursuing any patent infringements by Samsung. The legal battle between the two has been continuing, although it is being hoped that after the settlement talks, which is now three days away, both may come to some kind of agreement.

Continue Reading Apple Moves For A Samsung Galaxy Tab 10.1 Ban In US

Samsung has started shipping its Galaxy Tab 2 10.1 tablet from 13 May. The new Samsung Galaxy Tab 2 10.1 contests directly with Apple iPad . From the entry-level iPad, it is almost $100 cheaper. The $399.99 tablet is now center of interest for tablet buyers. Its special design will improve your entertainment on the road and at home. Through Galaxy Tab 2 10.1, you can watch thousand of movies music and TV shows. Its Smart Remote and built-in IR Blaster also gives you an option to control your TV from your tablet.

For the last couple of weeks, many rumors have been swirling around about Samsung Galaxy Tab 2 10.1. The last one that created the most hype was about an alleged halt of production for quad-core processor update on the new Galaxy Tab. But, you don’t need to crave for them anymore. Because Samsung Galaxy Tab 2 10.1 is open for pre-order at major retailers now. And, the release date is also official – 13 May, 2012.

A rumor was swirling around the web yesterday about a temporary halt of production for Samsung Galaxy Tab 2 10.1. Reports suggested that the reason behind the halt was to upgrade the processor from dual-core to quad-core ones just before the week of the tablets official launch date in the US. Doesn’t make any sense, right? Well, it didn’t. 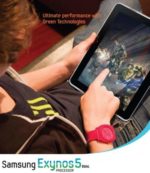 We have been hearing a lot about a possible Samsung Galaxy Tab 11.6 but so far, there has been no official word on it and all the hype surrounding it has been limited to speculations. But there are hints in the new Exynos 5 ad by Samsung that apparently features a tablet which one may think is perhaps a Galaxy Tab 11.6. 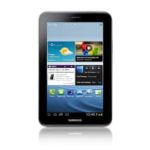 Samsung’s tablets haven’t been a major success by any measure. In the face of Apple’s iPad and Kindle Fire, Samsung Galaxy Tab has failed to leave a significant mark on the tablet market. But apparently, that is not to dampen the spirits of the Korean electronics giant. Samsung has now announced Galaxy Tab 2, a 7-inch tablet which will be tooling Android 4.0. The company has decided not to update the original Samsung Galaxy Tab to Ice Cream Sandwich. 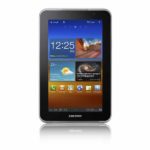 Samsung scored another point in the fierce match with rival Apple with the recent release of a slightly redesigned Galaxy Tab 70N now available for the German customers.Samsung’s latest decision is based on a favorable context. After Apple filed a preliminary injunction accusing the South Korean tech giant of copyright infringement with its world famous Galaxy Tab 10.1, Samsung released a redesigned Galaxy Tab 10.1.