Every avid Harry Potter fan has fervently wished to actually see and experience the magical places mentioned in the novel. These wishes are about to turn true as the Universal Orlando Resort gears up to create a real-world Diagon Alley.

The entire project is being overseen by Alan Gilmore, the art director of Harry Potter films. Gilmore, together with the folks at Universal Orlando Resort, aims to create a very real Diagon Alley which will be filled with all the notable places in it.

As a first glimpse, renderings of the expected expansions in the Wizarding World of Harry Potter theme park show that there is going to be a Gringotts Bank, the King’s Cross Station and a lot more. 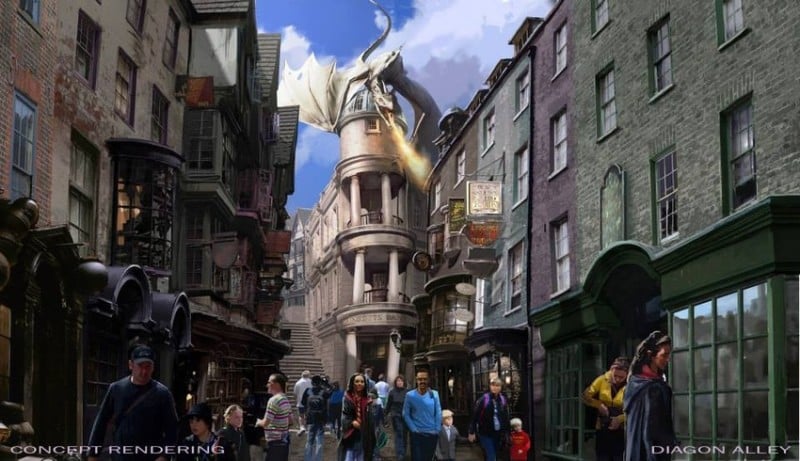 The Gringotts Bank will feature a huge dragon sitting on top of it, breathing fire. As for such wizards who want to have a greater share of the adventure, they will be able to go down to Gringotts’ vaults. This will be done through a new adventure ride called ‘Escape from Gringotts.’

Speaking about the vaults, Gilmore says, “We’ve gone further than Hogsmeade, where you’re going to be absolutely enclosed. There’ll be no sight or sound of the outside world. You will be in the magical world in every direction.”

There will be the famous Leaky Cauldron and a Quality Quidditch Supply store. There will also be the Knockturn Alley and finally, a countryside trip between Diagon Alley und Hogsmeade. 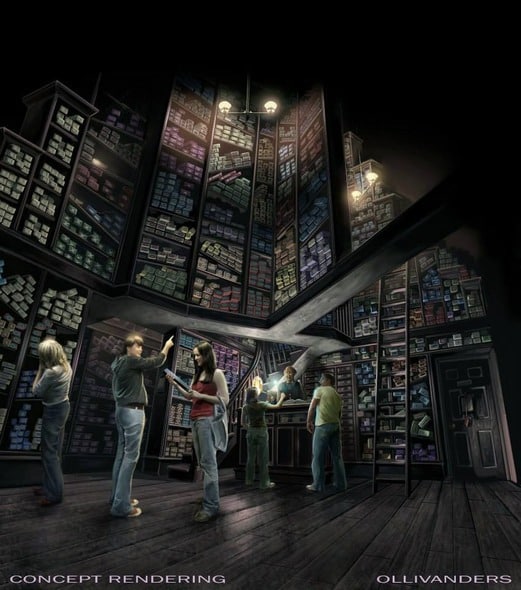 The renderings of the images released by Universal certainly promise a truly magical experience and although many of us original Potterheads have grown out of the charm of our Harry Potter craze, I would still give a lot to be visit the said theme park and all its attractions.