Last week, Apple released a major software update for its Apple TV set-top box, which added support for AirPlay Mirroring, Photo Stream and much, much more and the current firmware version for Apple TV is iOS 4.4, but just last night update 4.4.1 was made available. The 4.4 software update put a smile on the face of many Apple TV owners and those thinking of updating are advised not to, as they have been bricking these small devices. The new software was meant to fix a few bug issues, but now seems to have created an entire new one and some 9to5 Mac readers have been going ahead with the update to 4.4.1, as they do not believe that they will have any such issue, which is due to the fact that they never had any problems with the current version…………….. 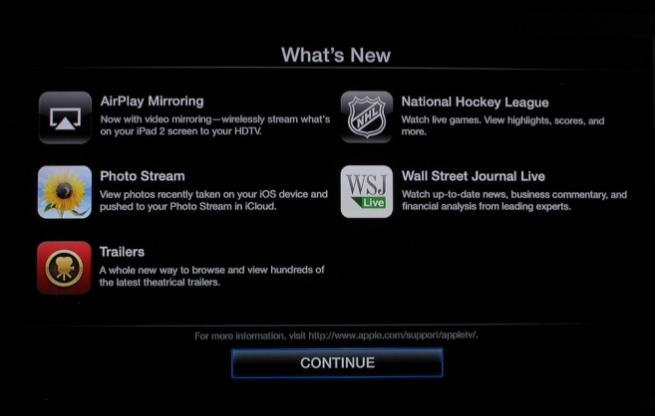 It was only last week when Apfel freigegeben iOS 4.4 Firmware-Update für die second generation Apple TV users and roughly after five days of pushing that major release, iOS 4.4.1 build 9A335a has been released which likely brings bug fixes and minor performance improvements to the Apple TV der zweiten Generation. Last week’s 4.4 firmware update brought tons of new features to Apple TV, which included: AirPlay-Spiegelung (wirelessly stream iPhone 4s’ and iPad 2’s screen to HDTV), National Hockey League (for watching live games, highlights, scores, and more), Foto-Stream (for accessing Photo Stream from iCloud), Wall Street Journal Live (for up to date news, business commentary, financial analysis, sports news, and more), Trailers (for watching latest theatrical trailers), among many other improvements. While there is no official change log for firmware 4.4.1 (build 9A335a) available yet, as mentioned above, it is likely a minor bug fix release to ensure that smooth and seamless experience that Apple’s products are known for. Weighing in at 377.06MB compared to last week’s 377.0MB, iOS 4.4.1 9A335a firmware update for Apple TV (second-gen) can be downloaded by following the link below and Apple TV can also be updated directly by navigating to: Settings –> General –> “Update Software”, followed by clicking “Herunterladen und installieren” to get to the latest firmware update.