Good news for BlackBerry fans: from now on they can have fun with crazy fluffy birds and piglets on their tablets, as Angry Birds just became available on BlackBerry AppStore. So far, almost all the available platforms have their versions of Angry Birds. Owners of Android devices as well as people who play on PC, Mac, iPhone, iPad, iPod Touch already work on their high scores on some different versions of Angry Birds. 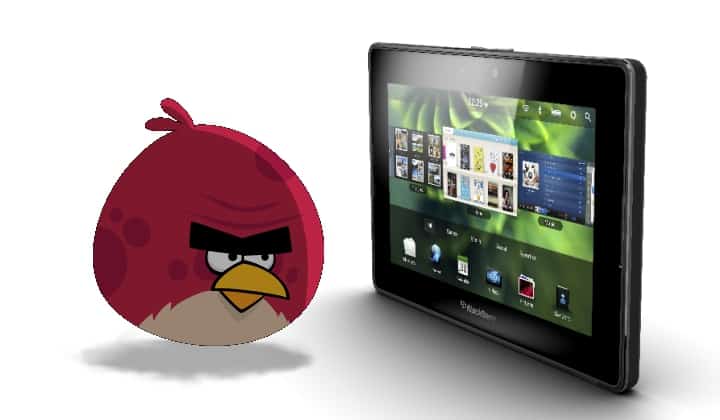 Research in Motion announced that all three versions of the game are available for the PlayBook tablets: Angry Birds the original game as well as Angry Birds Seasons, and Angry Birds Rio. Each version is available in the BlackBerry AppStore for $4.99.

The BlackBerry die-hard fans, who still remained to support this brand despite a bitter user experience, needed some good news, albeit one that doesn’t touch the core of BlackBerry problems. PlayBook tablets were designed by RIM to be a hybrid between a tablet that helps enterprise users with their hard work and a tablet with multimedia capabilities meant for entertainment.

Sporting high security features along with multi tasking and 1080 video recording PlayBook was supposed to have a say on the tablet market. However, RIM disappointed users when the company announced that the delayed release of BlackBerry PlayBook OS. The company announced the frustrated fans that the new version of the tablet operating system will be available after February, next year. The reason was given with a PR touch in the choice of words “confident we have fully met the expectations of our developers, enterprise customers and end-users.”