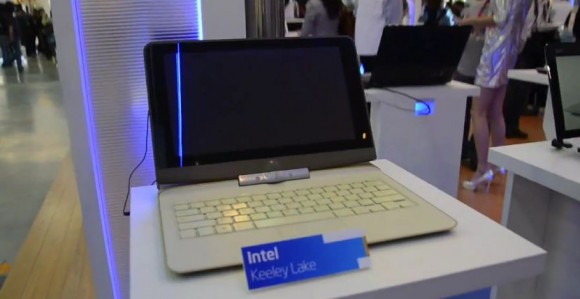 Intel this week revealed a new convertible design based on the forthcoming Atom-based netbook platform Cedar Trail and the new design dubbed Keeley Lake, will combine traditional netbook features with touch-based tablet features using new multi-touch capacitive displays in a form factor ranging from 17 mm to 20 mm in thickness. The devices will support multiple operating systems: Google’s Chrome OS, Microsoft Windows und MeeGo. he next-generation netbooks powered by Intel Atom “Cedarview” central processing units (CPUs) will feature a number of capabilities currently not available even on notebooks. The mobile computers based on Cedar Trail platform will include such technologies as Intel Rapid Start technology which provides fast resume, Intel Smart Connect technology which enables an always updated experience even during standby, Intel Wireless Display and PC Synch, which let users wirelessly update and synchronize documents, content and media across multiple devices. Along with the new netbook platform, Intel also intends to roll-out its new “Keeley Lake” reference design for convertible netbooks. The reference design features Intel’s new advanced cooling technology and will enable netbooks that are 17mm – 20mm thin and which can easily be converted into tablets. At this point it is unclear which PC makers will adopt the new reference design. 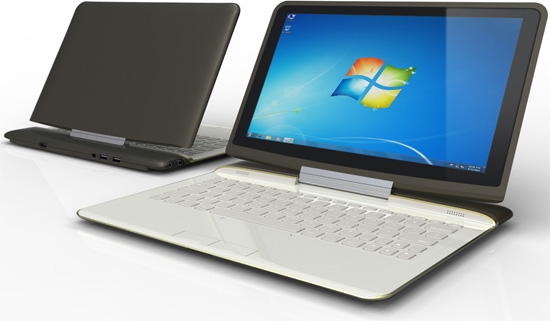 Intel Cedarview system-on-chip with a new Atom core will feature DirectX 10.1-capable graphics engine that will have integrated high-definition video decoder (in order to enable Blu-ray disc playback on all Atom-based systems), will support higher clock-speeds, will have improved DDR3 memory controller and will feature digital interfaces for displays. The SoC will be made using 32nm fabrication process. The new Cedarview processor will continue to utilize the NM10 input/output controller, which should make it easier for manufacturers to transit to the new Cedar Trail platform. Thanks to integration of high-definition video decoder into the new Atom SoC, all systems powered by the new chip will be able to playback Blu-ray video. Unfortunately, since the new Atom SoC has outdated DirectX 10.1-class graphics core, it will be unable to use it for general purpose computing. As a result, even the forthcoming platform for inexpensive PCs from Intel will not be able to match AMD’s Brazos in terms of multimedia functionality in many terms. The new Cedar Trail platform is expected to enable more than 10 hours of battery life and weeks of standby, according to Intel. 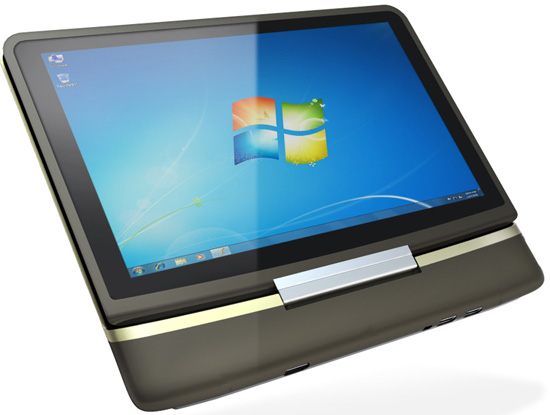