There’s no denying that the MacBook Air is the laptop to beat these days, but Intel answer to the MacBook air with Ultrabook. Samsung has also an Intel Sandy Bridge based challenger for the Apple Macbook Air in the Samsung Series 9 and MacBook Air outdoing the ultrabooks on price and profit even before their launch………… 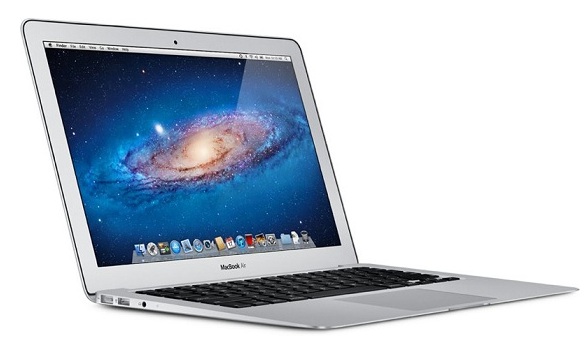 Intel has indicated that notebook vendors will roll out ultrabooks with suggested retail prices to be set below US$999 in the fourth quarter of 2011 and some notebook makers participated in the symposium are skeptical about the target prices indicating that total BOM (bill of materials) for an 11.6-inch Ultrabook is expected to top US$700. Intel’s initiative has attracted manufacturers like Acer, Asustek and Lenovo, who are looking to find a way to produce thin and light notebooks that can compete with the MacBook Air, once thought to be a failed experiment by Apfel. Das Ultrabook specifications call for the retail pricing of these notebooks to be set below the $999 price point and to appear in the fourth quarter of 2011. Intel executives revealed a roadmap of the products to be offered by its partners at an Ultrabook ecosystem talk in Taipei on August 11, but some of the manufacturers that are going to be producing the ultrabooks are unsure that they’re going to be able to compete on price. With materials for an 11.6-inch Ultrabook at over $700, there might not be enough margin for them to produce and sell them for $999 at retail.

The sources quoted by DigiTimes say that if Intel were to both lower the prices of its processors, and offer a $100 incentive for marketing efforts, they may be able to meet the $999 price. Intel recently announced a $300 million Ultrabook Fund to incentivize the adoption and development of the standard, as manufacturers see the continued success of the MacBook Air and recognize the desire for thinner, lighter notebooks with better battery life. The MacBook Air is the second recent product from Apple to be leading the market on price and profitability, as many manufacturers are struggling to produce tablets that are comparable in price to the iPad as well. Intel plans to continue talks with vendors to try to convince them to adopt the standard. Whether it will cave to ODM demand and lower the price of its processors to allow vendors to get compete directly with the iPad while still getting their pound of flesh remains to be seen.