By offering a 3D monitor that eschews the $150 Nvidia 3D Vision Kit in favor of a more affordable option, LG is attempting to widen the 3D market with its Flatron D2342P monitor.

Passive 3D displays polarize every other horizontal line of resolution on the monitor so that, in the case of the D2342P with its 1080P resolution, each eye sees a different 540 lines of the picture, creating a 3D effect.

My friend “Eric Franklin” has reviewed this Monitor for reviews.cnet. Checkout bellow about their findings.

Design and features
The 23-inch LG Flatron D2342P sports a glossy piano-black bezel and foot stand, juxtaposed with a plain light gray backside. The initial depth of the chassis is 0.7 inch, with another 1.5 inch of girth extending to the rear that includes the connection options. This makes for a deeper chassis than what we’re used to seeing in LED-based monitors, which are generally on the thin side. Conversely, the bezel is one of the thinnest we’ve seen, measuring 0.6-inches on the left and right sides. The overall width of the D2342P measures a shortish 21.5 inches wide, compared to the 22.4 inches of another 3D/LED monitor we recently reviewed, the BenQ XL2410T.

The monitor’s wide and fairly flat 9.8-inch-by 7-inch foot stand affords some stability. When knocked from the sides, the display wobbled white a lot, but the foot stand remained mostly stationary and the monitor never toppled during our exhaustive punching tests. The monitor weighs 7.72 pounds and feels pretty flimsy and plasticky to the touch.

Connection options include DVI, VGA, and HDMI, and a headphone jack. The D2342P skimps on ergonomic options and includes only a 15-degree back-tilt feature; however, VESA wall-mounting is supported.

The onscreen display (OSD) array is located in the bottom right-hand corner of the bezel and includes five buttons: Auto, Menu, 3D, Input, and Exit. These sit to the left of the power button, which is highlighted by a bright blue LED.

Pressing either of the OSD buttons brings up a menu that aligns with the buttons, labeling each with a different function. Under Menu are the usual suspects: Brightness, Contrast, and RGB controls. Also, LG includes three color temperature presets: Warm, Medium, and Cool. When connected via HDMI, we get very limited black level control with a low and high setting. This setting darkens or lightens the screen, ignoring backlight luminance.

Deep in the OSD’s recesses is a Super Energy Savings feature that lowers the brightness when switched on. It also tracks your current power savings in watts per hour and, over time, will track your Total Power Reduction and Total CO2 reduction as long as the feature is turned on.

The 3D menu allows you the change 3D modes, choosing from Side by Side, Top and Bottom, and Line Interlaced. There’s also an option that allows you to control which frame is shown to each eye. Finally, the 3D-to-2D feature converts native 3D content to 2D.

The function of each OSD button changes dynamically, making navigating through the OSD simple. Unfortunately, when changing certain options like the 3D mode, you’re kicked out of the OSD each time you make a different selection. It’s very frustrating if you’re attempting to cycle quickly through options to see which works best for you.

Performance
We tested the LG Flatron D2342P through its DVI input, connected to a Windows Vista PC, using the included DVI cable. The display posted a composite score of 92 on CNET Labs’ DisplayMate-based performance tests.

In the Extreme Grayscale Bars test, which evaluates both the monitor’s ability to display very dark and very light grays, the monitor displayed gray down to a level 2. This indicates that during dark scenes in movies, dark details would be easily seen; however, what passes for black on the D2342P could be considered lower-medium gray on another display. Even with the Black Level set to low, the D2342P just doesn’t produce deep blacks. So, while dark details would be visible, said details wouldn’t actually be as dark as they should be.

We also saw that light gray wasn’t visible beyond level 252 and barely visible at 251. This indicates that light colors may look washed out in general use. Color Tracking looked mostly accurate with very little in the way of tint problems.

Backlight bleeding, especially along the bottom edge of the screen, was pervasive enough to see on a completely black screen, but fortunately didn’t rear its head in games or movies.

Text:
In text, we saw no color problems with black text on a white background. Fonts were clearly visible down to a 6.8 size. We did see a lot of blooming around text with both blue and pink fonts on a black background.

Also, colors didn’t have the same pop as they do on the Samsung PX2370, and small details weren’t as clear. Unlike many other monitors, though, the D2342P didn’t have a huge green tint problem and displayed colors that were mostly accurate.

We found that that the medium color temperature preset with the Black Level set to low was the best setting for movies.

Games:
When it comes to the look of games on a monitor, the two most important features are vibrancy and color. If the monitor can display games with a bright and vibrant cleanness, this goes a long way toward improving its looks. If colors can also pop with fullness and depth, games will usually look great. Unfortunately, the D2342P is lacking in both of these traits. The screen lacks the bright, full colors seen on the PX2370 and instead produces drab images where colors look washed out.

Thankfully, there were no color tint problems. Blue looked like blue, even if it was a more shallow and less impressive blue.

To test refresh rate, we used DisplayMate’s motion graphics tests and watched a bunch of graphics fly around the screen, looking for evidence of streaking. We saw slightly more streaking than the minimal level the Samsung PX2370 produced.

When watching movies or playing games on the D2342P, the 3D isn’t as pronounced and we didn’t get the same sense of depth we do with Nvidia’s solution.

Specific to games, we saw more than a fair amount of ghosting, where less detailed doubles of images appeared next to the main image, in characters and text on screen. Also, we noticed in Black Ops, that whenever we looked through the scope of our gun, the screen would completely blur for as long as the scope was up.

3D pictures on the D2342p looked as good as 3D pics seen through Nvidia’s glasses on other 3D monitors. The pics warped appropriately and changed viewing angles when we moved our heads around.

Overall, this is a cheaper alternative to the Nvidia solution, but it doesn’t deliver as high quality of a 3D experience.

Fotos:
The LG Flatron D2342P delivered photos with somewhat washed out colors that didn’t approach the color depth of the PX2370 displaying the same pictures.

Blickwinkel:
The optimal viewing angle for a monitor is usually directly in front, about a quarter of the screen’s distance down from the top. At this angle, you’re viewing the colors as the manufacturer intended them. Most monitors are not made to be viewed at any other angle. Depending on its panel type, picture quality at nonoptimal angles varies. Most monitors use TN panels, which get overly bright or overly dark in parts of the screen when they are not viewed from optimal angles. The D2342P uses a TN panel, and indeed gets very dark when viewed from below, and shifts colors when viewed about 6 inches to the left or right. 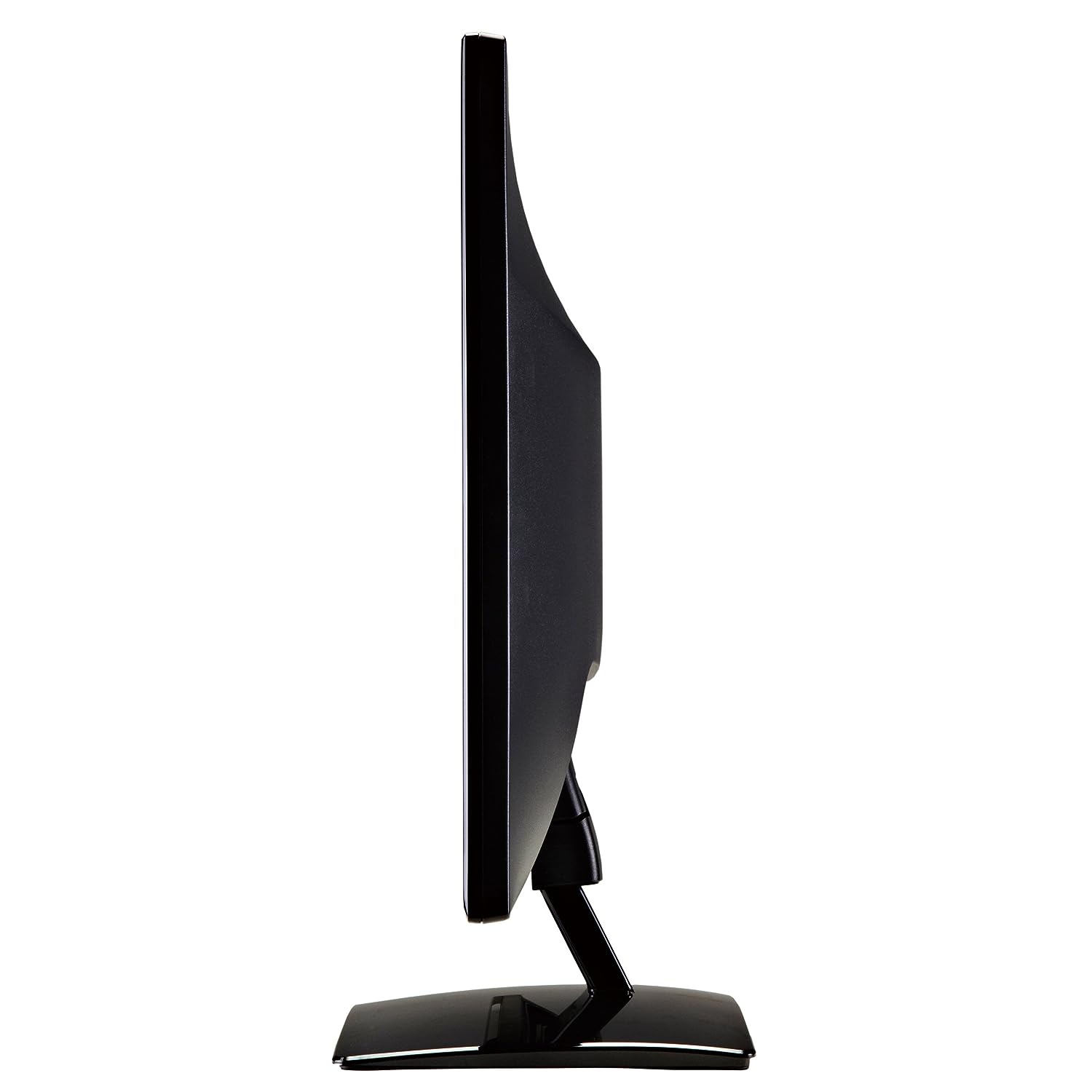 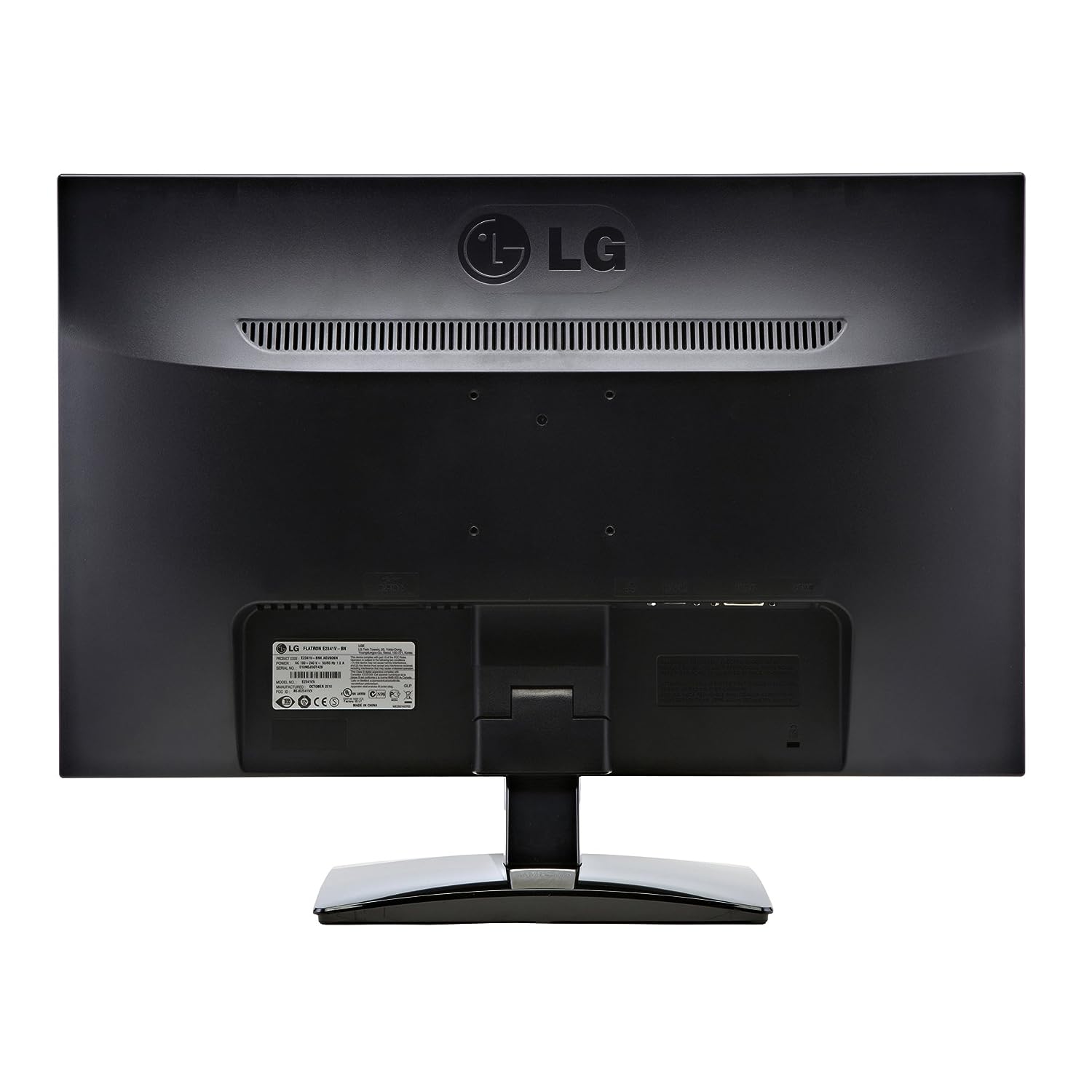