Nokia announces its N900 mobile phone which will run on Linux operating system. The N900 will be Nokia’s first and last Maemo 5 smartphone. As you already know that Nokia’s next smartphone will use MeeGo Linux mobile OS. MeeGo Linux mobile OS is created as a joint venture between Nokia and Intel. it will be available in Australia through retailers in April, but stopped short of announcing any agreements with carriers. 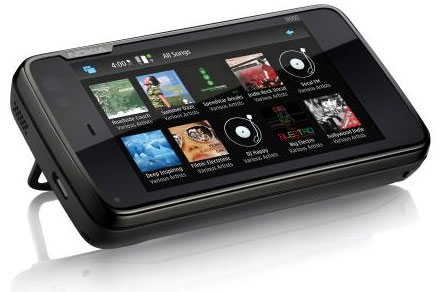 Nokia has announced the N900, an impressive looking QWERTY slider phone and the company’s first MeeGo Linux-powered smartphone. While Nokia has introduced Maemo based devices before, such as the N810 Internet Tablet, this is the first Maemo 5 device and also the first Maemo device with full phone functionality. Nokia’s Linux-based Maemo system is wholly incompatible with the Symbian OS and Nokia’s S60 user interface, which has long been Nokia’s smartphone platform of choice.

Managing director of Nokia Australia and New Zealand, Emile Baak, did not reveal any teir-1 carrier distribution deal for the N900, like those enjoyed by the iPhone and Android-based devices, the main competitor to the Maemo-based N900. 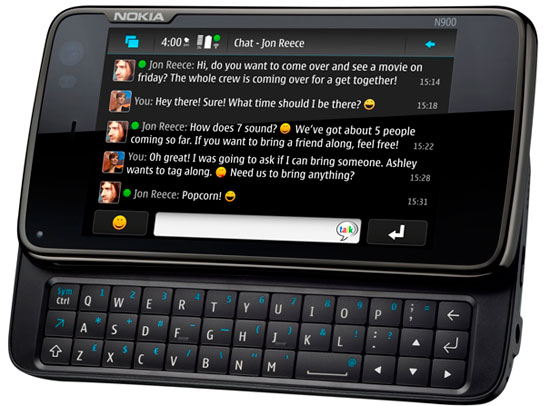 The N900 partners a 3.5 inch resistive touchscreen panel with a slide-out QWERTY keypad. The meaty powerplant is an ARM Cortex-A8 processor with OpenGL ES 2.0 graphics acceleration, 32GB of storage and full support for Adobe Flash and AJAX.

For such a serve of on-the-go goodness, the N900 also represents the first and last outing for Nokia’s Linux-based Maemo 5 OS.

During last month’s Mobile World Congress in Barcelona, Nokia announced it had scrapped Maemo and would merge the OS with Intel’s Moblin operating system to create a single open-source OS named MeeGo.

An initial MeeGo 1.0 release is due by mid-year, after which Nokia will ship its first MeeGo products. Nokia mobile phones supremo Kai Oistamo described the N900 as “the direction we see for the MeeGo platform on Nokia devices”, saying that “the wave after the N900 is the Meego wave”.

According to Nokia, the Ovi Store serves about 1.5 million downloads a day. Nokia intends to merge the Ovi Store and Maemo application download services to provide one integrated app store for the N900.

The recent collaboration between Nokia and Intel for the Meego mobile operating system was also discussed, with Intel Australia and New Zealand managing director Phil Cronin saying the new venture is an exciting evolution in the relationship between the two companies.

The majority of Nokia’s smartphones, including the N900, ship with ARM processors, but that hasn’t stopped the company collaborating with Intel for Meego.

Purnima Kochikar, vice president of the Forum Nokia Developer Community, said the N900 offers developers the flexibility of distributing applications via the Ovi Store or through community-run services.