Late last week, Samsung UK’s website posted a teaser showing off a new Android device. While no info was available on the site other than its name – Galaxy Apollo. 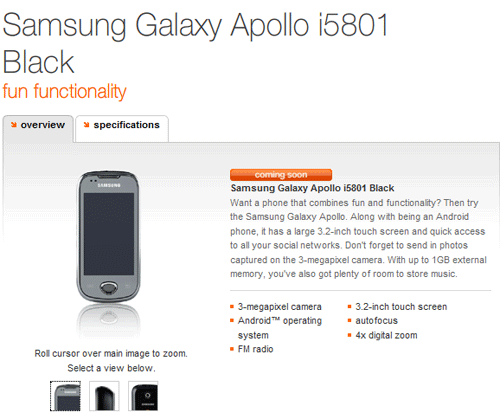 Get Samsung Galaxy S4 For Free Or At Discount Just By…

We know that the phone’s design is reminiscent to Samsung’s South Korea-only Galaxy A and now Orange has posted details of the phone confirming it to be I5801. We’ve spotted I5801 couple of times before where it was subjected to a decent video hands-on and then at the Google I/O conference claiming it to be Galaxy 3.