Rumour:iPad 2 To Release On January 2011

A lot of rumour is flying around us about the 2nd generation iPad 2.The first rumor pegged the launch date for April 2011. A more recent speculation was on the features – a total of five new features including USB support and retina display is on the cards.Now according to yet another unsubstantiated rumor, the new iPad 2 could be coming in January 2011. 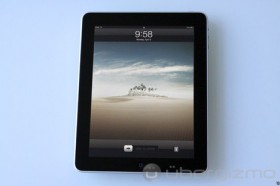 But that sounds unlikely this time considering that Apple may not want to slow down the sale of the current model by announcing a new product so early. Nevertheless this is an interesting rumor that we would like to keep track of.