Acer is launching a family of Android 3.0 and Windows 7 tablets in next year… 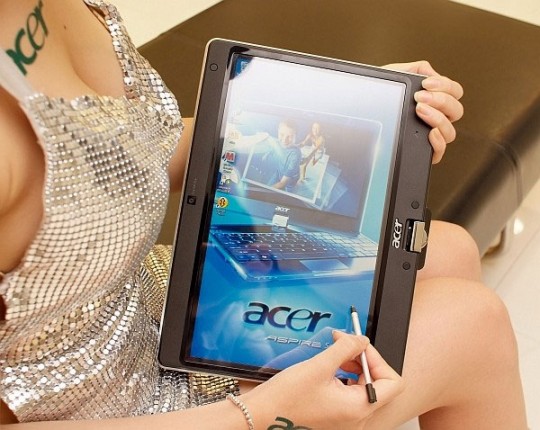 Acer is set to launch three tablet PC models featuring Android 3.0 in the first quarter of 2011. The respective models will feature a 7-inch panel, a 10-inch panel, and a 5-inch panel, with the 5-inch panel based device targeted at the market between smartphones and mainstream tablet PCs, according to sources from upstream component makers.Acer is currently cooperating with Compal Electronics and Quanta Computer for development of its tablet PCs and Acer has not yet decided which player to place the order with, the sources noted.

Acer is currently still evaluating between Qualcomm’s Snapdragon and Nvidia’s Tegra 2 processor for adopting into its Android tablet PC. Before the Android models are released though, Acer will launch an x86 model using an Intel processor and Windows 7 to test the water in the market. The model is manufactured by Compal and the shipment volume is expected to be small.Acer’s 5-inch tablet PC is designed to allow consumers to utilize both handset and tablet PC functionality and the company expects such a device will help gain support from telecom carriers, the sources noted.