Apple released a new iPad 2 commercial on its website and YouTube channel, dubbed now highlights that life is different with an iPad 2, showcasing  apps such as Wall Street Journal that allows you to watch the newspaper, Spin Magazine, which allows you to listen to the magazine, see a phone call with FaceTime and more……… 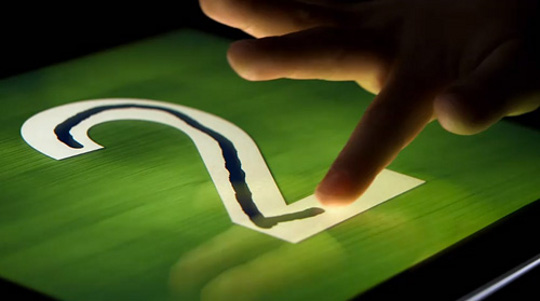 Apfel released a new advertisement for the iPad 2 “Now” to its Youtube channel and the ad is the next in what seems to be a series of commercials for the iPad 2 where actor Peter Coyote goes over the tablet’s innovations. Besides showing us what the iPad 2 is all about, Apfel has spent some quality time to elaborate on how the iPad tablet has been changing lives and experiences. Watch closely and you will be made to listen to this:

“Now, we can watch a newspaper; listen to a magazine; curl up with a movie; and see a phone call. Now, we can take a classroom anywhere; hold an entire bookstore; and touch the stars. Because now,there’s this.”

Now that’s what an iPad 2 lets you do in the most charming way, but the ad missing is a dissection of the hardware specs that you would have wanted to see and it is so sad that Apfel had made the first two ads too the same way. The ad has also incorporated info on all the built-in features the iPad 2 holds within itself. Also featured is third-party content and that include FaceTime, iBookstore, iTunes U, Spin, Star Walk, The King’s Speech und Das Wall Street Journal, which allows you to watch the newspaper, Spin Magazine for allows you to listen to the magazine.