Recently a Magician Simon Pierro did some amazing tricks with the iPad and expected them to become real in the upcoming Apple iOS 5 and he uploaded his video on Youtube with the title “Exclusive iOS 5 preview“, which is of-course just a viral title but proves the Apple’s Magical iPad is really magical……….. 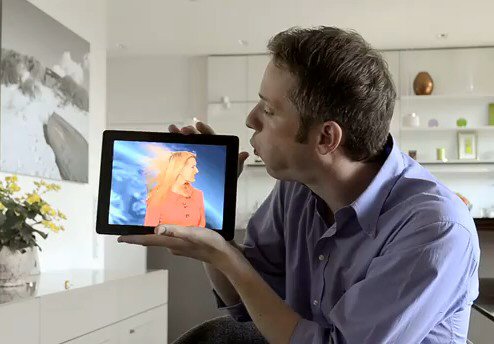 iOS 5 coming at WWDC 2011 on 6th of June at Moscone West in San Francisco, but a video on iOS 5 is uploaded by Magician Simon Pierro namens “Exclusive Preview on iOS 5.” Now obviously the guy in the video doesn’t actually have advance knowledge of what Apple will unveil, but if Apple could deliver what this guys does with iOS 5 dann iOS would definitely out beat all other mobile operating systems, highly unlikely though. The Exclusive Preview on iOS 5 video comes our way courtesy of the guys over at Daily iPhone Blog and by way of Youtube Nutzer iOSMagic who bring a little magic of their own to the Apple Ipad.