Wikipedia has come about to play a huge role in our lives. From high school students to researchers to casual internet users, everyone turns towards this online encyclopedia to get information on virtually anything and everything. However, Wikipedia has had the same interface for quite a long time and it may have started boring a few of us.

Now, a Lithuanian creative agency ‘New!’ is trying to address this problem. It has launched a project, and a website, with the name ‘Wikipedia Redefined’ which goes on to show how Wikipedia can improve its looks and become more visually appealing to the common users.

It is basically a design concept which has been elaborated in detail. It goes on to show mock-ups of the home page, trying to incorporate all the current functionality of Wikipedia while at the same time, making its looks more slick and modern. For instance, when dealing with the home page, the attempts to give a lot more space to a huge ‘W’ with two search tabs under it. All related Wikipedia resources are also showed as single alphabets at the bottom of the page while language portals are pushed to the top of the page. The image below gives a glimpse of the proposed new design: 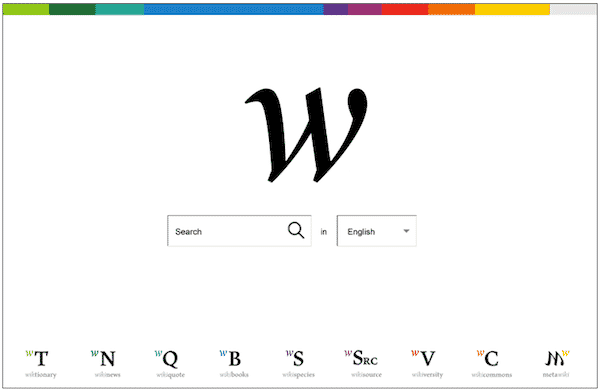 Not only that, the Research and edit pages of actual articles have also been draped in a new look by ‘New!’ The new design proposed a clean header which includes some key links with the left column containing only the links within the page. The search tab, as opposed to the current design, is also pushed to the top portion of the page.

The concept design proposes that while reading articles, a user should be able to ‘bookmark’ different quotes within pages simply by selecting them. Such a feature could indeed prove very useful for a reader. It also attempts to provide visual guidance to the users by providing interconnections of different topics so that a user is easily able to find what he is looking for. 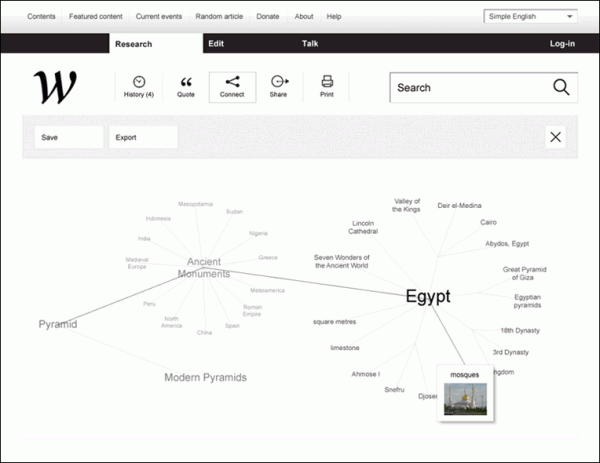 In all, the new design indeed makes Wikipedia look far more refreshing, modern and appealing to the eye. The question is, will Wikipedia actually incorporate this design? We sincerely hope so.