If you have wondered what it would be like to live inside a Star Trek dream, here is your answer. Mark Bell of Mark Bell Capital Partners is now selling his mansion designed to look like something out of Star Trek. It comes with a price tag of $35 million.

In his mansion, Bell has recreated a number of locations of the starship. So for instance, he has set up the ‘bridge’ in a portion of the mansion. In Star Trek, the bridge was the command center of the starship, complete with a view of the ceiling and other futuristic gadgets. The bridge in Bell’s mansion is quite similar and comes with many cool sound effects.

In total, the mansion has eight bedrooms, a ballroom with a huge collection of arcade games and there’s an entire room which has been set up to look like a scene out of ‘Call of Duty’ video game. This particular room is set up with a game console, so that you feel like sitting inside the CoD game and playing the game on a big console at the same time. 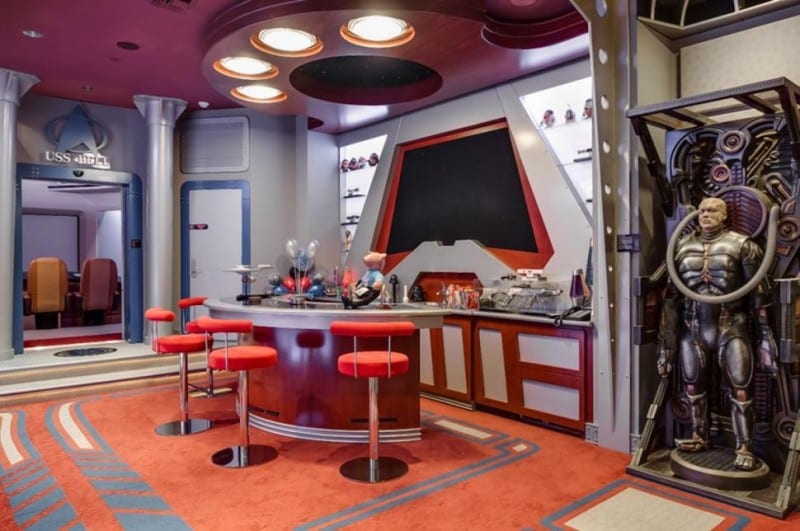 If you’re still not adequately convinced on the price tag of $35 million, the house additionally hosts a 1500-bottle wine cellar, a full outdoor basketball court, a gym, a library and a number of other facilities. The key thing is that Bell’s asking price is not so much for the 27000-square-foot home or its basic facilities but for the Star Trek theme and other geeky things he has expensively pulled off in different parts of the house.