Now a days with the help of advanced machines, archaeologists often find fossils of many animals while excavating, which once upon a time used to live in this world. However, archaeologists have discovered 100 million years old fossils of a Dinosaurier in North America.

According to researchers from the Field Museum in Chicago und der North Carolina Museum of Natural Sciences in Raleigh, this two-legged dinosaur was a juvenile when it died. But it was more than 3 tons in weight and over 30 feet long in height. However, the researchers have named the beast Siats meekerorum. They believe this dinosaur was one of the largest species of meat-eating dinosaur and it used to lived in Nordamerika. In addition, this dinosaur was the top predator before the Tyrannosaurus rex (T. rex) showed up. Be noted, T-Rex evolved 30 million years later and weighed around twice as much as Siats meekerorum. 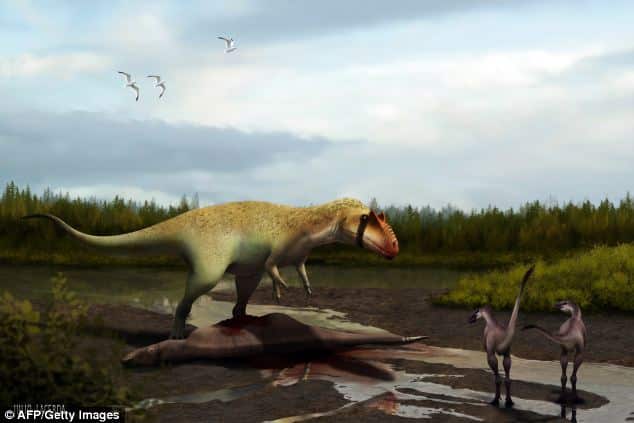 Dr. Makovicky, a researcher on the discovery said, “We have made more exciting discoveries including two new species of dinosaur. Stay tuned. There are a lot more cool critters where Siats came from.” The researchers have published a report about this dinosaur in the journal Naturkommunikation.