Mars Rover Neugierde is roaming around on Mars since its landing. The world has been waiting eagerly to get further updates about the rover and the planet. And now, NASA has revealed some latest update. While, Curiosity scooped the Martian soil, it found something “mysterious”. It’s mysterious because NASA scientists till now haven’t understood what that mysterious thing could be. While Curiosity found that “mysterious” thing, it also took picture of that thing. Check inside.

The above image is the very image that Curiosity snapped while it found the mysterious things during scooping Martian land. The things inside the circles are the mysterious things. According to the image, that mysterious thing seems to be a small thing, most probably a metallic sliver or chip of something. Either it is a piece of Curiosity that fell on the the martian surface while scooping or that “mysterious” thing was underlying the Martian land. NASA scientists are trying to recognize/detect those pieces. Still now, they have got anything. Besides, Curiosity took another following image of Martian surface via ChemCam. 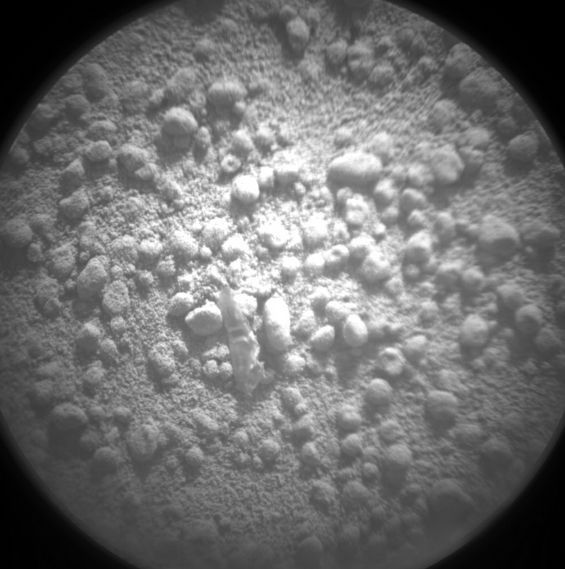