Commercial spaceflight company SpaceX decided to launch Falke 9 Rakete on Friday, June 20, 2014 at 6:08 pm ET. But due to some reason the company didn’t launch Falke 9 rocket yesterday. However, today on Saturday, SpaceX is about to launch Falcon 9 rocket. But the launch gets delayed once again.

Das Falke 9 will be launched from Florida’s Cape Canaveral Air Force Station. The rocket will carry six advanced Orbcomm Generation 2 (OG2) communications satellites into Platz that would significantly upgrade the speed and capacity of their existing data relay network. 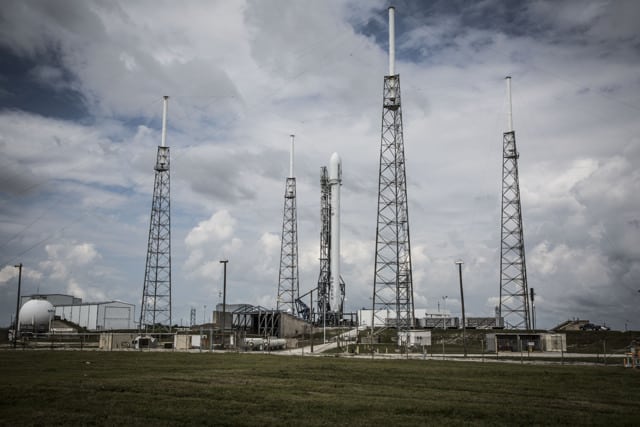 Each satellite is based on Sierra Nevada’s SN-100A bus, with a mass of 172 kilograms (380 lb) and is designed for an operational lifespan of at least five years. The satellites are each powered by a gallium-arsenide solar panel producing 400 watts of electrical power.

Besides, each OG2 satellite is three-axis stabilized with hydrazine thrusters used for attitude control. The satellites’ communications systems offer transfer rates up to four megabits per second at VHF frequencies between 137 and 153 megahertz, with each satellite also carrying an Automatic Identification System (AIS) receiver to pick up identification and tracking signals broadcast by ships at sea.

Das Falke 9 rocket will place the OG2 satellites to an elliptical 750 x 615 km low-Earth orbit. The satellites will be deployed one at a time starting 15 minutes after liftoff.

Orbcomm elected to delay the launch in order to conduct additional satellite testing to ensure they are functioning as expected. The launch of the rocket will be broadcast live at www.spacex.com/webcast.

The launch has been delayed once again, this time because of weather. SpaceX has mentioned that it will launch the Falcon 9 rocket on Sunday at 5:24 pm local.