Apple has been known to offer education exclusive machines for schools and it seems they have stayed true to the practice with the recent launch of a 21-inch iMac for $999. The cheaper iMac is designed for education institutions only, which means individuals cannot purchase the computer at the discounted rate and the new model sports a 3.1ghz  i3, 2 gigs of ram and 250 gigs of hard drive space. Apple currently plans on launching the iMac on 16th of August, that date could change though not by much and expect launch of the device near the middle to end of August………… 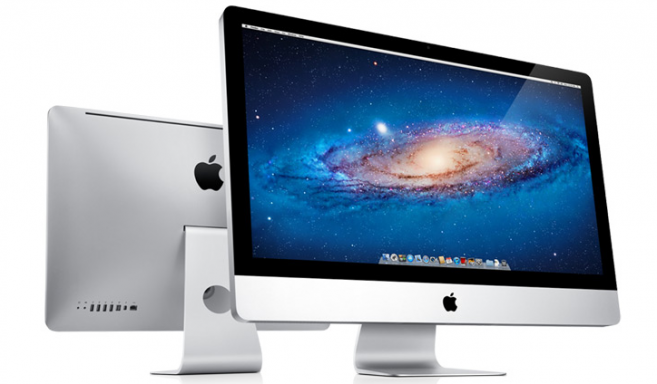 Apfel is gearing up to launch a new addition to the iMac lineup later this month that appears to be geared towards education/volume customers. The new iMac has less power than the current line of all-in-one Apple desktop computers and also has less storage space, it packs a last generation 3.1 GHz dual-core processor (3.06 GHz rounded up), 2 GB of DDR3 RAM, 250 GB of hard drive storage space, and the AMD Radeon HD 6750M graphics processor with 256 MB of dedicated memory. This lower-end iMac obviously has much less horsepower than the current iMac line and the entry level 21,5-Zoll-iMac features a 2.5 GHz quad-core processor, 4 GB of RAM, a 500 GB hard drive, and the same AMD Radeon HD 6750M graphics processor but with double the dedicated memory at 512 MB. This entry level 21,5-Zoll-iMac is priced at $1,199, so don’t be surprised to see this less-powerful machine with a sub-$1000 price tag. For reference, Apfel’s last education-geared iMac was priced at $899. A similar (more RAM, worse graphics) refurbished model is currently priced at $929.

It was originally scheduled to be released toward the middle of the month (August 16th was set to be release date – and it still is when they hit the streets), but with the cat out of the bag, Apple went public with the details. As per usual, 9to5mac.com’s man Mr. X, was spot on with details revealing: 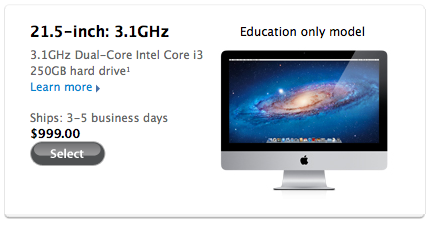 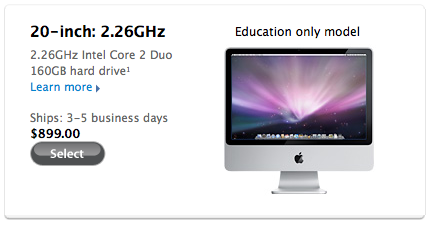 Some interesting notes about the machine:

For those jealous of the EDU-only pricing, Apple still offers the previous model refurbished with the exact same specs (but twice the RAM, older GPU) for just  $929.