Nortel Networks announced that it had sold its juggernaut patent portfolio to a consortium made up of the likes of Apple, Microsoft, and RIM for a hefty sum of $4.5 billion cash and Sony, Ericsson, and EMC will now have access to more than 6,000 patents that relate to all manner of technologies, including 4G LTE wireless capabilities, Wi-Fi, semiconductors, and social networking. Each company in the consortium could have paid $750 million each, significantly less than Google’s original $900 million bid and it is not clear if each company contributed equally or will equally share in ownership of the patents in question…………. 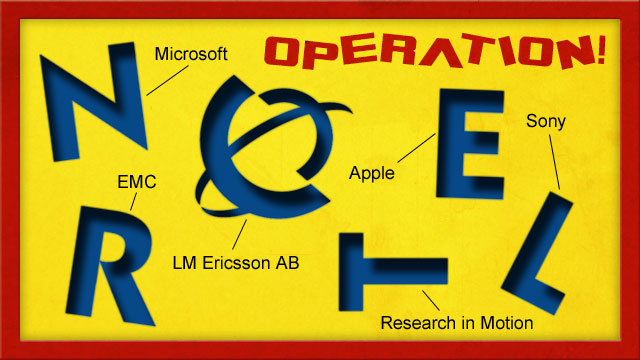 Nortel Networks Corporation announced that its subsidiary Nortel Networks Limited (NNL) und einige ihrer anderen Tochtergesellschaften, einschließlich Nortel Networks Inc. und Nortel Networks UK Limited (in administration) have concluded a successful auction of all of Nortel‘s remaining patents and patent applications. After a multi-day auction, a consortium emerged as the winning bidder with a cash purchase price of US$4.5 billion. The consortium consists of Apple, EMC, Ericsson, Microsoft, Research In Motion und Sony. The sale includes more than 6,000 patents and patent applications spanning Wireless, Wireless 4G, Datennetzwerke, optisch, Sprache, Internet, Service Provider, Halbleiter and other patents. The extensive patent portfolio touches nearly every aspect of telecommunications and additional markets as well, including Internet search und soziales Netzwerk. “Following a very robust auction, we are pleased at the outcome of the auction of this extensive patent portfolio”, sagte George Riedel, Chief Strategy Officer und President of Business Units, Nortel. “The size and dollar value for this transaction is unprecedented, as was the significant interest in the portfolio among major companies around the world.” The sale is subject to applicable Canadian and U.S. Court approvals which will be sought at a joint hearing expected to be held on July 11, 2011. Nortel will work diligently with the consortium to close the sale in the third quarter of 2011. As previously announced, Nortel erwartet nicht, dass die Stammaktionäre der Gesellschaft oder die NNL preferred shareholders will receive any value from Nortel’s creditor protection proceedings and expects that the proceedings will result in the cancellation of these equity interests.