Last year, Mozilla unveiled Firefox OS for mobile devices, garnering critical acclaim for the new open-source platform. Now, the company has announced that it is partnering with Panasonic to bring Firefox OS to TVs. 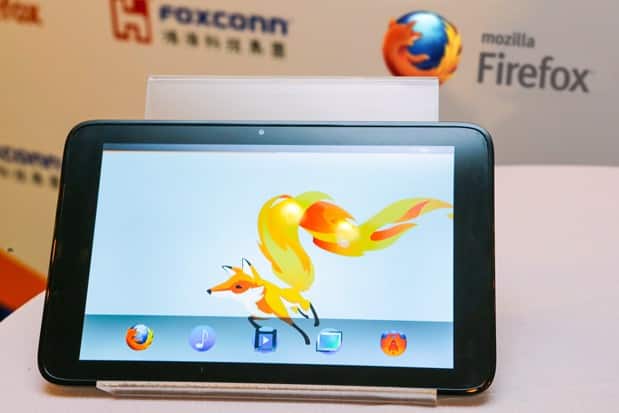 TVs have grown increasingly smarter over the past few years and today, most TV manufacturers want to run one of the major operating systems on their hardware. There is Google’s Android OS, for instance, which can be run on a TV, allowing users to access the huge amount of Android apps and content.

Panasonic, however, has opted to side with Firefox OS rather than signing up for Android or iOS. The decision is somewhat surprising but Panasonic’s US Vice President, Merwan Mereby, reveals, “There are no other alternatives that are truly open.” He further says that while using Mozilla, a vendor can compete and possibly create its own marketplace for apps and content in the coming days.

Mozilla team, on the other hand, is no less happy to have forged this partnership. According to a Mozilla executive, “We are very excited to partner with Panasonic to bring Firefox OS to more people on more platforms. This new platform enables developers and service providers to create a wide range of applications and services to deliver a new user experience. We see a strong alignment between the visions of Mozilla and Panasonic, and by combing our collective expertise and know-how, we will create amazing products together.”

It is currently open to speculation that whether or not Firefox OS running atop a smart TV will be successful. But what we know for a fact that is Mozilla aims to make use of web technologies so that a wide array of content and apps could be easily accessed on the TV.

EU Slams Philips, LG And Four Others With $1.9 Billion Antitrust Penalty For LCD…

Mozilla Will Downsize Resources Allocated For Development Of Thunderbird