AT&T brings Samsung Rugby Smart 4G phone powered by Google's Android operating system specially for those who needs a more durabable devices. The physical strength to handle whatever you throw at it. The special features of this phone provides water intrusion protection submersible to 1m for 30 minutes and dust proof. So an ideal device for active lifestyle consumers as well as enterprise customers whose smartphone has to take a beating. That is not all! The phone runs by a single-core 1.4 GHz processor to spreed up your corporate email, navigation, enhanced web browsing is supported and access to an abundance of content on the Android Marketplace.

Keep yourself entertained with Xbox LIVE gaming and Zune-powered music and videos, yet stay productive on the go with the 3G-enabled HTC Trophy for Verizon Wireless, which runs the Windows Phone 7 operating system. It's powered by a blazing-fast 1 GHz Snapdragon processor for a satisfyingly quick and nimble mobile data experience, and it features a 3.8-inch touchscreen that's complemented by stereo speakers with SRS WOW HD surround sound.

Introducing the Casio G'zOne Commando, the first G'zOne Android phone. Continuing in the rough and tough G'zOne heritage, the Commando now adds the versatility of Android for a powerful mobile experience. Rugged - with MIL-STD-810G certification - the Commando meets military standards for water, shock, and dust resistance making it perfect for any situation that life can throw at it, from the boardroom to the beach.

Powered by the next-generation BlackBerry OS 7, the BlackBerry Bold 9930 smartphone for Sprint is also the thinnest BlackBerry smartphone ever at just 10.5mm (0.41 inches). A large 2.8-inch capacitive touchscreen boasts millions of colors and is packed with pixels for crystal clear viewing of e-mail, web sites, and video. It's complemented by a full QWERTY keyboard and trackpad navigation.

DXG's making the home video fun a virtual en vivo experience with the release of its 3D and 2D camcorder, set to hit the company's online store today. DXG makes your filming dream a reality with the new DXG-5F9V 3D/2D high-definition camcorder.

The handset looks to be a rebranded version of Samsung's new Galaxy W series arrive to T-Mobile USA as replacement for Exhibit II 4G. The Exhibit II 4G is expected to arrive on November 2 alongside a number of other Android devices. The touch-only Exhibit II 4G should do well among the younger demographic, for the $99 price tag and sleek design.

Get ready for experiancing the new next-generation BlackBerry 7 OS powered BlackBerry Curve Smartphones with fastest and smooth social experiences. The handsets feature an 800MHz CPU, 512MB RAM, a tiny 2.44-inch HVGA+ (480×360 pixel) display, a five megapixel EDoF camera with LED flash and VGA video recording, 512MB of built-in storage (1GB on the 9370) and microSD card support (up to 32GB), Bluetooth, WiFi b/g/n with UMA, GPS / aGPS and NFC, touch screen technology along with a 1000mAh battery to keep it ticking all day long. The 11mm (0.43 inch) thin BlackBerry Curve, now official in 3 variants the dual-mode GSM / CDMA 9370, the GSM / UMTS 9360 and the CDMA-only 9350. No pricing information on pricing but available from carriers in Canada this month and from other carriers around the world beginning in September. Checkout the press release bellow for more details.

The Google Nexus 3 made a furtive appearance in the news a while back with no specs and a vague confirmation from Google that the Nexus family tree will continue to grow and now he Nexus 3 has popped up again with a little more detail to tempt your gadget tastebuds. The Google Nexus 3 (aka Google Nexus 4G in the US) is reportedly going to be released with the latest Android OS, Ice Cream Sandwich and a super-sized 720p HD screen, latest dual-core processor will be under the hood and an advanced 5-megapixel camera will be on the back. The camera will deliver Full HD video recording at 1080p and other umoured features include an impressive 1GB of RAM and also a design with no physical buttons allowing the software to handle all the navigation and shortcuts...........

OmniVision launches 5-Megapixel OmniBSI-2 image sensor for slimmer tablets and smart phones and it records 1080p video at 30 frames per second and 720p movies at 60fps. The new 1.4-micron backside illumination pixel permits for a complete five megapixels in a 1/4-inch optical format and merges superior image quality with a 20 percent reduction in camera module height........... 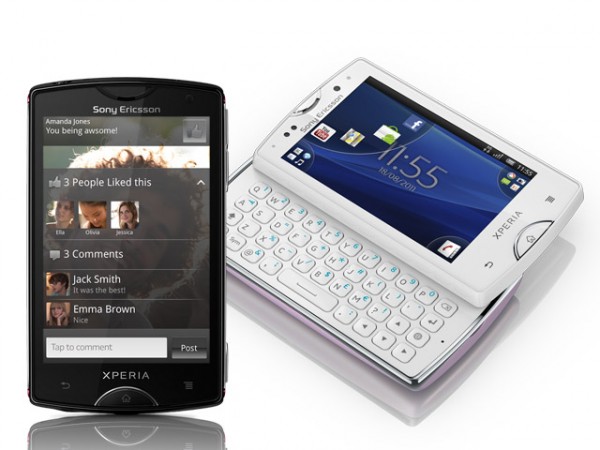