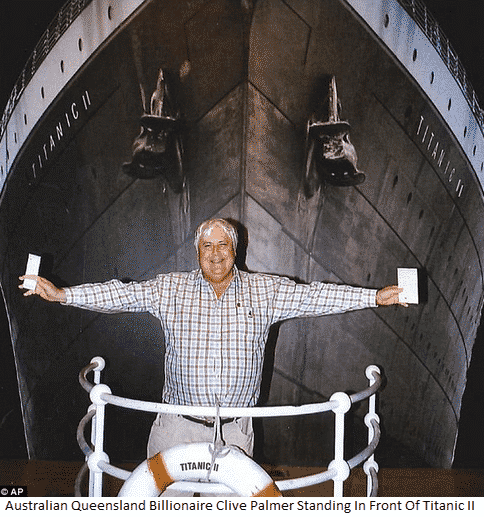 We have seen the blockbuster movie Titanic from James Cameron which tried to rejuvenate the memories of its tragic history. We have seen efforts to unleash the mysteries surround the ship. But no one planned to re-build the ship, till now. Queensland billionaire Clive Palmer has announced that he plans to build a world class luxury ship, Titanic II, a full-size replica of the drowned Titanic. His company Blue Star Line Pty Ltd has signed a memorandum of understanding with state-owned Chinese company CSC Jinling Shipyard to build Titanic II. The ship Titanic II will be made full of 21st century technology and the latest navigation and safety systems.