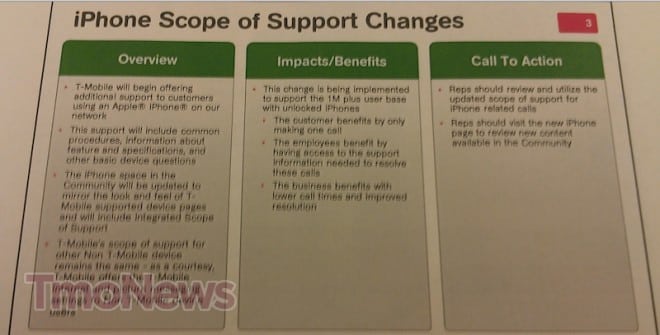 Unlocked iPhones have been increasingly in demand. Some users get the device unlocked officially from Apple, which typically costs quite lot more than the normal price tag. Others choose to unlock it themselves through different tools. T-Mobile officially doesn't carry iPhone but the carrier has announced that it will support any unlocked iPhones that switch to it. This is definitely a welcome move by T-Mobile and will make things all the more easier for users tooling unlocked iPhones.