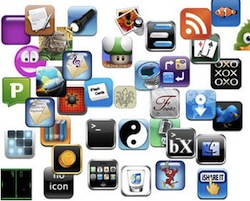 A Los Angeles county man has filed a lawsuit against Apple, along with several mobile app developers, for allowing apps that transmit private user information to ad networks without user consent.Bloomberg, for one, reported that the complaint, which was filed on Dec. 23 in a U.S. federal court in California, alleged that Cupertino's iPhones and iPads are encoded with identifiers, specifically the Unique Device Identifier (UDID). The UDID then allows advertising networks to track what apps users are downloading, how frequently they download content and for how long, the report noted.