Fix Battery Drain After Unlocking Your iPhone With UltraSn0w 1.2 On Baseband 06.15.00

With the release of PwnageTool / Redsn0w jailbreak tools for iOS 4.2.1 to unlock iPhone 3GS/3G with ultrasn0w 1.2 some people have been experiencing an unusual drain of their iPhone battery after unlocking their devices.The problem doesn’t actually come from UltraSn0w itself, but from the hacktivation process, for those of you who have hacktivated instead of activating the phone with an official carrier. 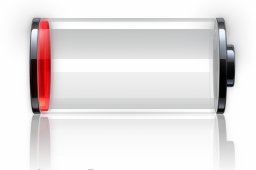 Sherif Hashim, the iPhone hacker, has given a solution to fix this issue on your iPhone.Here is the statement from Sherif Hashim:

On a very important side note, before anyone starts to complain about battery drainage issues after installing the new ultrasn0w on the 6.15.00 updated BB, the culprit here is not ultrasn0w, it’s the hacktivation process (activating the phone by pwnage tool or redsn0w rather than using an official carrier sim to do so) that u mostly did while jailbreaking.

The 4.1 and 4.2.1 ipsws unlike their old ancestors, seem to keep looking for valid push certificates all the time, either thru your wifi, or thru your cellular data network (which u only have after installing ultrasn0w and hence u accuse it) , this can be seen clearly if u have a cellular working data plan for 3g or edge and u watched the settings > general > usage > cellular network data (sent & received are continuously increasing even without using any internet traffics on the phone) , this will also render the phone going hot even in stand by mode and also very rapid battery drainage occurs plus consuming ur data if you were not on an unlimited plan.

The first method requires you or a friend to have the official iPhone SIM card. What you need to do is put that SIM in the iPhone and let it activate officially. It will even work if the SIM card is not active in that country or is dead. Once your iPhone is activated with this SIM card, you can then take it out and switch back to whichever one you like.
Methode 2:

If you cannot get hold of an official SIM card, a temporary fix is to install SBSettings and turn your 3G off every time you are done using it. This will prevent the battery drain issue but is slightly tedious and annoying.
Methode 3:

This method is not available yet but a Dev-Team member is said to be working on an official fix for this issue. Once released on Cydia, all you will need to do is install it to your iPhone.
Klicken Sie auf Anzeigen, um iPhone-Zubehör zu kaufen

How To Jailbreak Apple TV2 on iOS 4.2 with PwnageTool