Facebook has gone rogue, drunk on founder Mark Zuckerberg’s dreams of world domination. It’s time the rest of the web ecosystem recognizes this and works to replace it with something open and distributed. 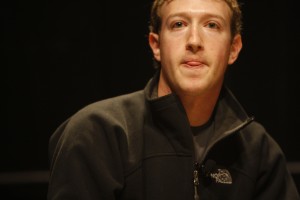 Facebook used to be a place to share photos and thoughts with friends and family and maybe play a few stupid games.It became a very useful way to connect with your friends, long-lost friends and family members. Even if you didn’t really want to keep up with them.
Soon everybody —yhat you hated someone— had a profile.
Then Facebook decided to turn “your” profile page into your identity online — figuring, rightly, that there’s money and power in being the place where people define themselves. But to do that, the folks at Facebook had to make sure that the information you give it was public.
This spring Facebook took that even further. All the items you list as things you like must become public and linked to public profile pages. If you don’t want them linked and made public, then you don’t get them — though Facebook nicely hangs onto them in its database in order to let advertisers target you.
This includes your music preferences, employment information, reading preferences, schools, etc. All the things that make up your profile. They all must be public — and linked to public pages for each of those bits of info — or you don’t get them at all.
Simultaneously, the company began shipping your profile information off pre-emptively to Yelp, Pandora and Microsoft — so that if you show up there while already logged into Facebook, the sites can “personalize” your experience when you show up.
Facebook sets the default for those messages to be published to the entire internet through direct funnels to the net’s top search engines. You can use a dropdown field to restrict your publishing, but it’s seemingly too hard for Facebook to actually remember that’s what you do.
Then there’s Facebook’s campaign against outside services. There was the Web 2.0 suicide machine that let you delete your profile by giving it your password. Facebook shut it down.
Another company has an application that will collect all your updates from services around the web into a central portal — including from Facebook — after you give the site your password to log in to Facebook. Facebook is suing the company and alleging it is breaking criminal law by not complying with its terms of service.
Mathew Ingram at GigaOm wrote a post entitled “The Relationship Between Facebook and Privacy: It’s Really Complicated.”
No, that’s just wrong. The relationship is simple: Facebook thinks that your notions of privacy — meaning your ability to control information about yourself — are just plain old-fashioned. Head honcho Zuckerberg told a live audience in January that Facebook is simply responding to changes in privacy mores, not changing them — a convenient, but frankly untrue, statement.
Now, it might not be likely that a loose confederation of software companies and engineers can turn Facebook’s core services into shared protocols, nor would it be easy for that loose coupling of various online services to compete with Facebook, given that it has 500 million users. Many of them may be fine having Facebook redefine their cultural norms, or just be too busy or lazy to leave.
But in the internet I’d like to live in, we’d have that option, instead of being left with the choice of letting Facebook use us, or being left out of the conversation altogether.

HP TouchSmart tm2 getting Core i3 and i5 this summer

WeChat Takes A Shot At Mark Zuckerberg In A New Ad

Russia Started Blocking Some Selective Contents On The Internet