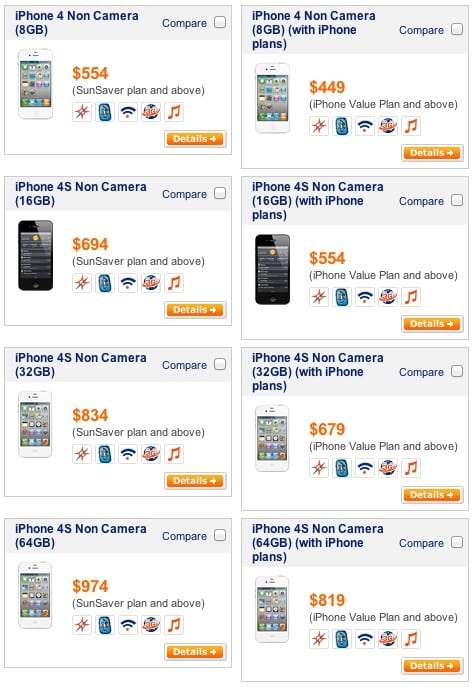 Singapore requires every male citizen to serve up to two years in military. The catch here, is that the military has banned cell phones with cameras to be admitted into military facilities. This rule was implemented after some photos of military facilities became public. There had been reports that some companies will be offering camera-less iPhone devices as an alternative. And now, this has become a reality. Camera-less iPhone 4 and iPhone 4S are available for purchase in Singapore, for a slightly higher price.

Continue ReadingiPhone 4 and 4S Without Camera Available In Singapore