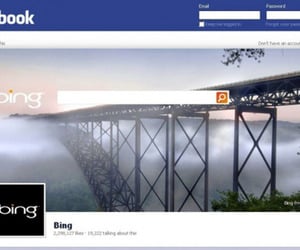 Facebook has gone big on its plan for advertisements on its social network. Within 48 hours of announcing to launch log out page ads, Facebook started on its first one. It debuted with a giant Bing home page that appears just as soon as a user logs out of the social network. Bing became Facebook’s first advertising partner. Many of the web experts have tried to reproduce the ads, including The Verge team, according to the website, but were unable to do so.