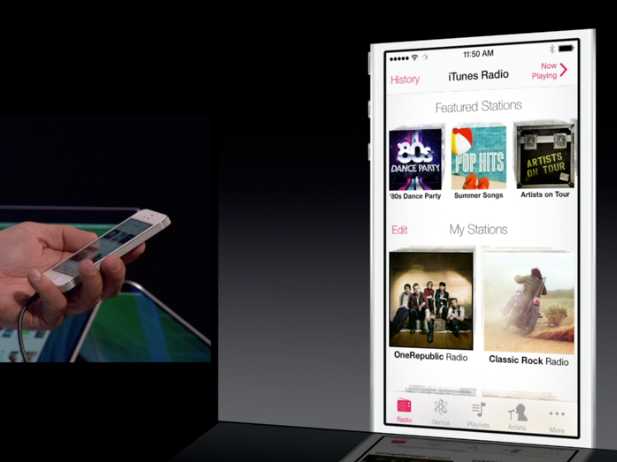 We have been hearing rumors of a possible music streaming service from Apple for some time. First it was reported that Apple was gearing up for the service and later, we were told that the company was speeding up the signing of licensing deals. Confirming these speculations, Apple has unveiled iTunes Radio. Just like we’ve been speculating, Apple has indeed planned on leveraging its iOS audience to make the new iTunes Radio a success. There are already a whole lot of internet music streaming services out there on the web and Apple needed a defining feature to stand apart.

And that defining feature is that Apple has directly built iTunes Radio into the music app of iOS 7. This essentially means that users can directly access the internet radio from within their apps, without the need to install an altogether different app for the service.

From the looks of it, Apple has been fairly successful in bringing an adequate number of music artists and production houses on board. The iTunes Radio offers hundreds of music stations of its own and the music offered over these stations is from some of the best artists and bands.

The best part, naturally, is that the app is free, although Apple will regularly push out ads on the app. However, you can get rid of the ads by subscribing to iTunes Match service, for which you will have to pay a paltry sum. For now, Apple is offering the new iTunes Radio only in US but plans on bringing it to other countries in the coming days.