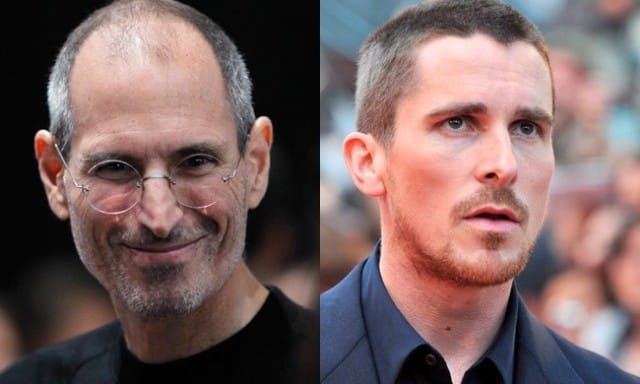 Ashton Kutcher‘s role as Steve Jobs has been rather underwhelming, to say the least. Reports have it that Christian Bale is now being tapped to play Jobs in yet another upcoming movie, representing the late Apple co-founder. The new Jobs movie will be based on a Steve Jobs biopic based on Walter Isaacson‘s biography. The script has been penned down by Aaron Sorkin and David Fincher is expected to direct it. However, it isn’t yet known for certain that Fincher has agreed to be a part of the project.

Interestingly, reports have it that Fincher has expressed his intent to cast Christian Bale in the role of Steve Jobs. In fact, some have claimed that Fincher wouldn’t sign up for the movie unless Bale is tapped for the said role. Bale has an uncanny resemblance with Jobs, something that has been discussed for a while now. And unlike Kutcher, he has been able to pull off great performances with some really complex roles.

So in a way, it makes perfect sense that a director who was behind some splendid movies like ‘The Social Network‘ would want the perfect guy for his new project. However, it isn’t yet sure whether Bale will take the role.

The script of the movie is such that it will be shot in three 30-minute sequences, all happening at the same time. All of these scenes are about product launches actually done by Jobs. However, now it remains to be seen whether the movie is able to bring together the aforementioned star cast and whether or not it is able to succeed where ‘Jobs’ failed.