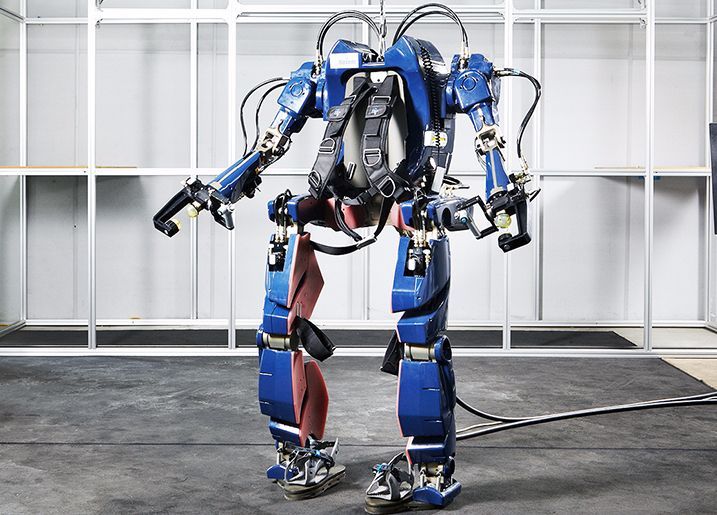 Hyundai has announced to working on Iron Man suit which is super cool wearable robot suit according to Korean news outlet Yonhap report. The company has revealed photos of a dark blue robotic exoskeleton during the announcement. In Iron Man movie, we see a normal man inside Iron Man’s suit who use a tiny arc reactor in his chest to be super strong as well as virtually durable because of the gold titanium alloy. An American billionaire and ingenious engineer, Tony Stark built the Iron Man suit by himself in Marvel Comics. Now Hyundai is trying to build the same wearable super suit for real. The Korean car company has built a robot suit that people can strap themselves. This wearable suit will help people to assist in walking or move heavy objects. According to Hyundai, the suit can help factory individual to carry heavy material. By wearing this suit, soldiers will able to move quickly and it will able to take care the people with disabilities. The pictures they have revealed, we can see a man wearing a super suit and moving the door toward the stairs of flight. According to Yonhap, it can assist someone to carry objects up to weigh 60kg for long distance. Apparently this Iron Man style suit is an updated version of the H-LEX, Hyundai Lifecaring ExoSkeleton suit which they had released on last year.

The AFRON $10 Robot Design Challenge Ends In Two Days. Will It Be Successful?