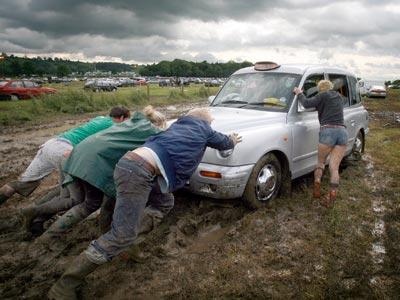 Besides making cars that run on gasoline or petrol, now a days, car makers have inclined to make electric vehicles (EVs). There is no doubt that electric cars are more beneficial to people from different points of view, but the bitter truth is electric cars don’t solve the automobile industry’s environmental problems. The idea of electrifying automobiles to get around their environmental shortcomings isn’t new. There are many companies who have built some hybrid electric cars that could be plugged in or run on natural gas. Many of the car makers are convinced that their cars would help reduce both pollution and fossil-fuel dependence. But do they really reduce? A question raised at then “Are electric cars indeed green?”

While many people will say that electric cars are really environmental friendly as they do emit less carbon-dioxide and keep the pressure off of the gasoline or petrol, but a study made by U.S. Congressional Budget Office found that electric car subsidies “will result in little or no reduction in the total gasoline use and greenhouse-gas emissions of the nation’s vehicle fleet over the next several years.”

So how do you gauge the environmental effects of electric cars when the experts writing about them all seem to be unquestioned car enthusiasts? It’s tough. Yes, you can calculate the amount of energy required to charge a vehicle’s battery. But natural gas requires burning and hence it produces CO2, and it often demands environmentally problematic methods to release it from the ground. Focusing only on greenhouse gases, however important, misses much of the picture.

Manufacturing vast number of photovoltaic cells on a large scale that are required to charged electric cars have venomous side effects. Solar cells contain heavy metals, and their manufacturing releases greenhouse gases such as sulfur hexafluoride, which has 23 000 times as much global warming potential as CO2.

Most electric-car assessments analyze only the charging of the car. This is an important factor indeed. But a more rigorous analysis would consider the environmental impacts over the vehicle’s entire life cycle, from its construction through its operation and on to its eventual retirement at the junkyard.