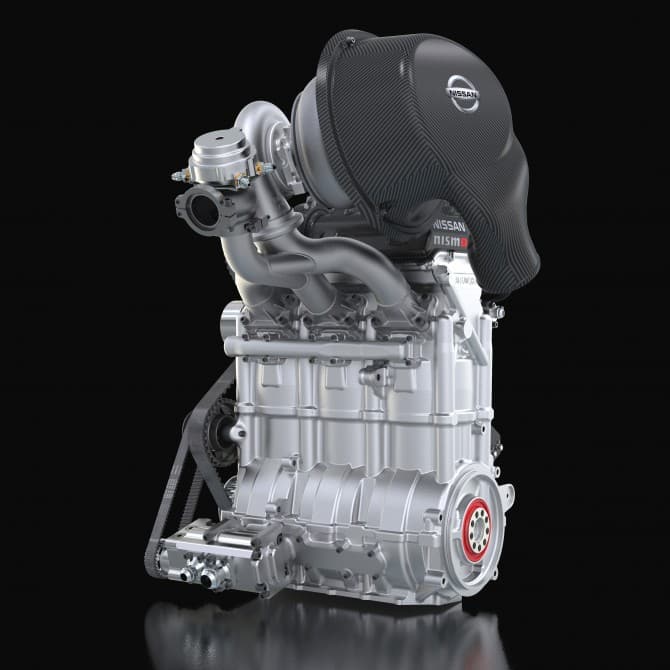 Normally, small engine size corresponds directly to a lower output. This is certainly not the case for Nissan‘s new 400 bhp engine which is small enough to fit inside carry-on luggage and yet offers an extraordinary amount of power. To give you an idea of the engine’s size, it is 500 mm tall, 400 mm long and 200 mm wide. Weighing 40 kg, the engine may be bulkier than it looks but it can still easily be packed inside a spacious bag. For those who may doubt the engine’s prowess, given such trim dimensions, worry not.

As the name suggests, it comes with 400 bhp (298kW) of power and 280Nm of torque. Keen on showing what an impressive creation this engine is, Nissan points out that this engine packs the best power-to-weight ratio, offering 10 bhp per kilo of weight. This, the company says, is far better than other recent engines which have been approved for FIA Formula 1 World Championship.

In creating such a compact engine, one of the key problems that Nissan had to face was taking care of the internal friction. This was made possible by Nissan’s partnership with the French lubricants giant Total. The engine itself is a part of Nissan’s Zero Emission On Demand Racing Car (ZEOD RC), the comprehensive name of the hybrid vehicle that Nissan will be lowering into the arena at Circuit de la Sarthe at Le Mans. This will make ZEOD RC the first ever car to complete a lap, completely on electric power.

The 400bhp engine is a DIG-T R 1.5-liter petrol engine which packs three cylinders. According to Nissan’s Global Motorsport Director Darren Cox, “Nissan will become the first major manufacturer to use a three-cylinder engine in major international motorsport. We’re aiming to maintain our position as industry leaders in focusing on downsizing.”