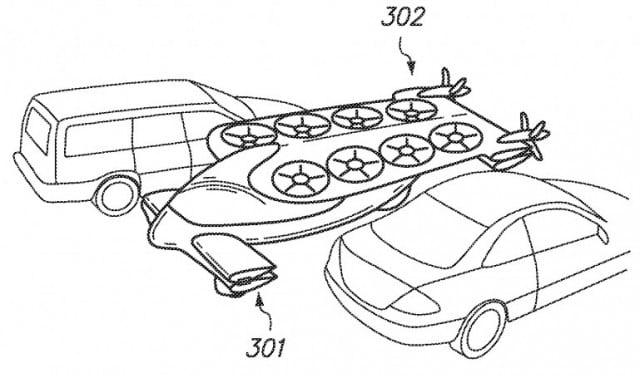 Zee.Aero is a small company located near the GooglePlex. It is founded by Ilan Kroo, an aeronautics professor and NASA scientist. However, lately the company has unveiled a conceptual car that will be able to take off and land vertically. The best thing of this flying car will be it will fit in a standard parking space! The car will have wings that will remain folded while moving on the ground. But when the car prepares to fly, its wings will be stretched out both sides. The car will use a plethora of small electric motors that will turn into four-bladed propellers to vertically take off and land. There will be a group of engines that will be able to use battery power to lift the aircraft vertically for takeoff and the other two vertically mounted engines will provide forward thrust until the wings have enough air traveling over them to provide lift. While the car will be in air, it can be controlled by changing the thrust on individual engines, which is far simpler than the helicopter method of varying propeller pitch in various ways. According to illustrations included with the patent filings, the flying car is narrow enough to fit into a standard shopping center parking space. In fact, Zee.Aero has stated on its website that it plans to use “aerodynamics, autonomy, and electric propulsion” to change personal aviation.

Although the concept does bear some resemblance to other projects like TF-X, it is expected that such flying cars will be able to rescue commuters from traffic snarls in future.

Source: Zee.Aero
Thanks To: US Patent and Trademark Office, SFGate (Caleb Garling)