Sony Ericcson and Samsung already have their demonstrated devices the “SE Pureness” and the “Samsung Ice Touch” with translucent screens and now Lenovo brings S800 with translucent color display and show S800 at Chinese expo…….. 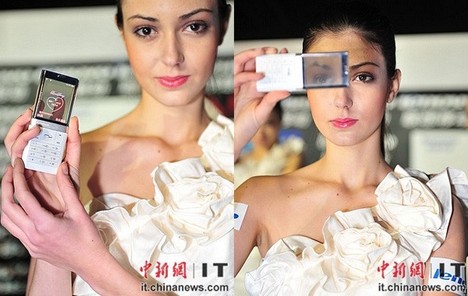 About a year ago Sony Ericsson launched the world’s first transparent display phone Xperia Pureness which made the world wowed for it. Now Chinese manufacturer Lenovo is going to launch its own of such kind, which is called S800 and this name is still not officially confirmed.Lenovo S800 debuted at a sport fashion event hold in Beijing, but the phone is just showed off by models, and not allowed others to touch. But just don’t think it’s just a mock up. A set of pictures circulated on Chinese websites claimed to be secretly taken in models’ dressing room show that Lenovo S800 is a functional phone.