After showing mockup at the CREATEC forum in Japan,Fujitsu shows slate pc new 10-inch prototype Windows 7 tablet at VISIT 2010 show in Germany this week.We never seen this Windows 7 tablet before….. 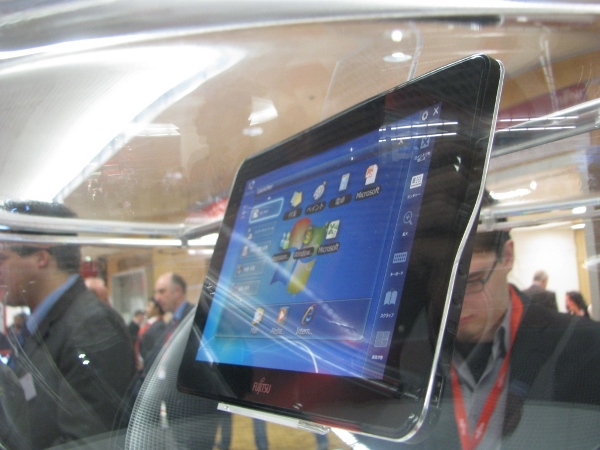 At the fair VISIT 2010 , Fujitsu has shown what is a prototype of a new slate PC that could reach the main international markets starting in the early months of next year.The idea is to bring this device up most of know-how of the company has and create a system for agile and able to entertain and to be useful.The Internet connectivity will play in the new Slate PC und ein dominant role zum network access.The size of the display which will be 10.1 inches and  recall that the producer, at the CEATEC 2010, presented two new tablet both equipped with operating system Windows 7 .