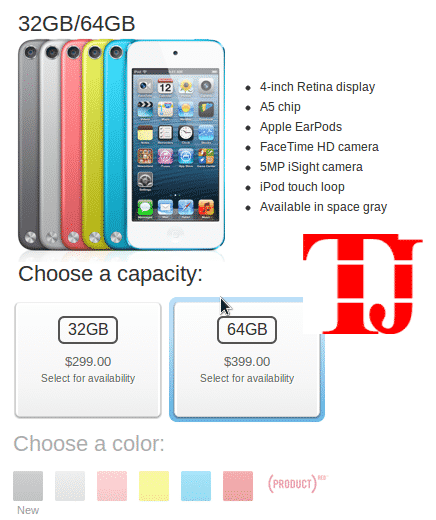 Yesterday Apple officially announced its two new flagship smartphone – iPhone 5C and iPhone 5S along with the iOS 7. Apart from that Apple also brought the 32/64GB versions of the iPod touch with “Space Gray” color that comes in iPhone 5S. Although iPhone 5C will be available in Blue, Green, Pink, White and Yellow colors and the iPhone 5S in silver and gold, another color has been added for the iPhone 5S –  “space gray” – which has also been added for iPod touch, iPod nano, and iPod shuffle models. This small changes might indicate that the iPod line won’t be seeing any update this year.