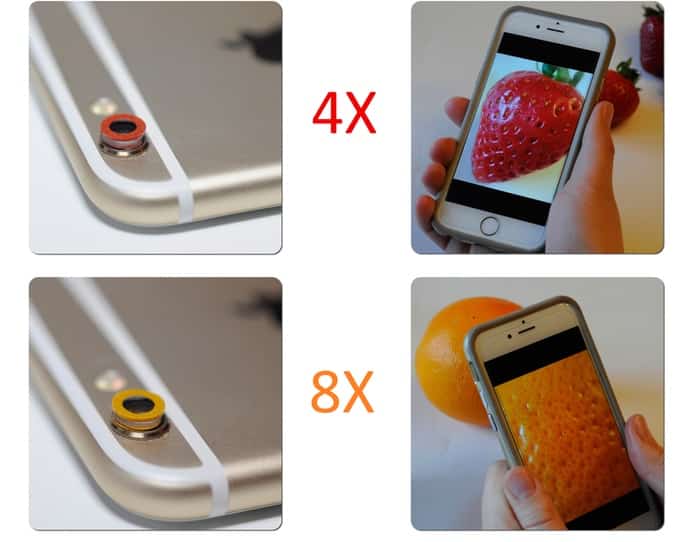 MPL Micro is a stick-on lens for taking mind blowing close-up photos right from the smartphones. The Olympia based startup has raised 213% fund through Kickstarter Campaign. People who like to take amazing pictures using smartphone and do not want to carry expensive big camera, MPL Micro lens is specially made for them. Its a ultra-portable stick-on lens that you can carry in a plastic case which is tiny as a coin and it can easily fit in anywhere.

The stick-on lens is made from a very special type of soft plastic called Platinum Catalyzed Silicone that looks more like glass but it is scratch-proof. It has built-in static aperture to improve the depth-of-field within your smartphone. The creator Thomas Larson started the project while studying at the University of Washington’ Mechanical Engineering Department. The main goal is to make the microscopy easy, affordable and accessible for everyone in the world.

The MPL Micro lens is available in both 4x and 8x magnification and it will cost only $15. The company has estimated the shipping from December 2015 in anywhere around the world. To get your one, pre-order it right now from below.