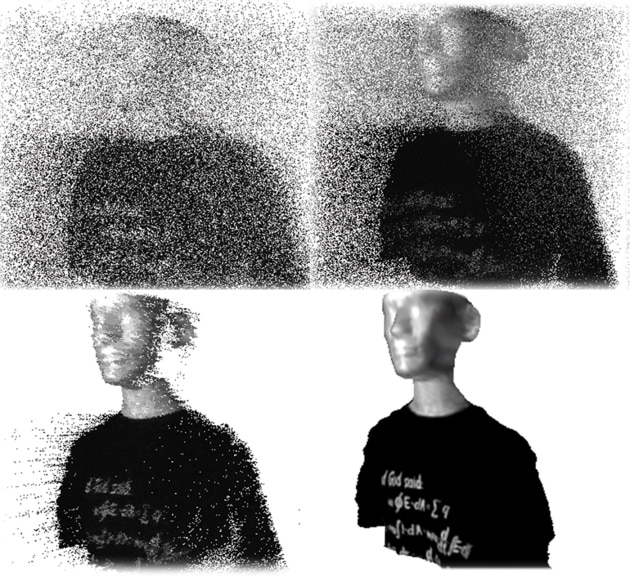 Light is essential to take photographs. The more light is available to record an object or a landscape, the higher the chances of the photo turning out to be very good. But seems like the advanced technology in present world is about to change the basic rules of everything. Lately, a team of researchers at Massachusetts Institute of Technology (MIT) has created such a camera that can take 3D photos in the dark. MIT researchers have created a new solid-state detector that can take the dimmest view on things. The solid-state detector inside the newly built camera can assemble 3D images from one photon (particles of light) at a time, working in near-total darkness. The camera works by scanning an object using low-intensity pulses of laser light. Each pulse of light is fired until a reflected photon is recorded by a detector in the camera. Using the algorithm, each illuminated location is matched to a pixel in the image that is created. The time it takes for photons from the laser pulses to be reflected back from the object and read by the detector, provides information about the depth of the object being examined. In the images below, each pixel corresponds to a single photon emitted by the camera and assembled after the fact. Be noted that the technology used in this camera is not new. In fact, the technology is similar to the Lidar system used by Google for its Streetview service. Researchers have said that the technology could be developed to make 3D cameras for mobile phones. As a result, the futuristic cameras would require less light than the ones currently available and therefore would use less power. According to researchers, the technology could be used to help soldiers on combat operations. In addition, it could help ophthalmologists when they want to create an image of a patient’s eye without having to shine a bright light in someone’s eye.

However, researchers have published a report regarding this technology in the journal Science.