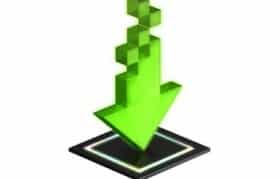 Nvidia has been gearing up for the prospective release of Microsoft’s Windows 8. This is manifest in the fact that the chip maker has been endeavoring hard to ready its drivers for Windows 8 and now, Microsoft has officially certified these new drivers to be good enough for the next release of its Operating System. The certification has been awarded to the new R302 drivers by Microsoft, granting them the status of being WHQL-certified drivers. This seems to indicate that Nvidia has been working on R302 drivers solely to roll them out, in time, for Windows 8.

This new branch of drivers by Nvidia will be able to support a whole lot of new features which are included in WDDM 1.2. These feature include the ability to support stereoscopic 3D optimization, flicker-free screen rotation and a lot more.

More importantly, for gamers, the good news it that R302 drivers will be able to support Nvidia 3D vision for 3D games, something which can make the experience of using Windows 8 a whole lot more enticing and desirable for many users.