If you happen to own a Trendnet security webcam, you might shocked to find out that your video might have been made public and you might be on your way of becoming a Internet celebrity – or at least to your neighbors. The company first become aware of the issues starting 12 January and since then has been working on emailing and alerting affected costumers. 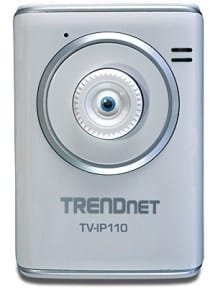 The number of perturbed devices is probably less than 50,000 worldwide, Trendnet informed this week. The problem became obvious only after a blog called Console Cowboys discovered the issue, after setting up one such camera with password. They then noted that the video recorded become available to anybody who just typed in a correct Internet address. But how could this have happened? Well, a coding error was apparently responsible for making all the videos public.

But hold on, the problem gets even creepier. Users emerged on forums such as Reddit and shared in their stories. Some people reported seeing naked people in their bedrooms or children and babies, raising concerns over the potential of this security breach to be used by pedophiles. One user, who calls himself “Glowe” claimed that many users of the cameras were using them in private spaces, which includes living rooms and bedrooms. The issue is, he claims, that apparently there is no way of disabling the access to the video stream.

The company ceased all shipments of the affected models – 26 in total. Trendnet also admitted to having been aware of the flaw for ever three weeks, but it has not yet issued an official statement about how it will handle the problem. By choosing to do so, it seems that the company is inviting affected costumers to file legal measures against them.

Lost and Found, And Then Lost Again: Atlantis Is Still A Mystery For Google Earth