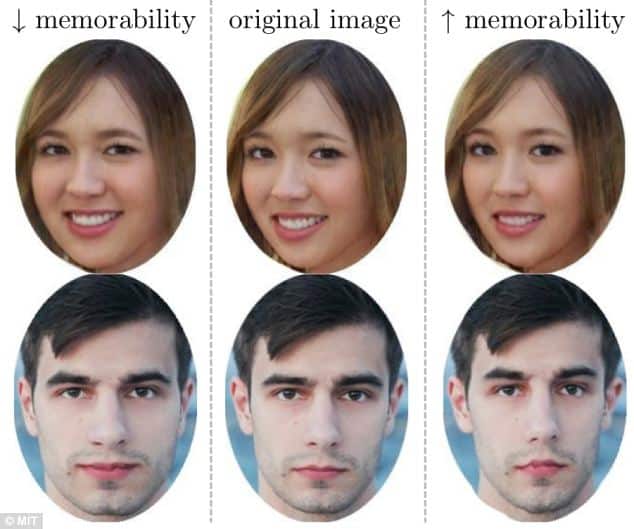 Photoshop is used to improve the quality of photographs taken. This software can edit an existing photograph by treating and manipulating the photograph. Sometimes, this application is used to design and construct original graphics. However, lately, some MIT scientists have claimed that they’ve developed a software that can change images of your face in order to make it more memorable, without dramatically changing your appearance.

The MIT scientists haven’t named the software yet. But they have unveiled that the algorithm of the software finds a distinctive feature in a person’s face, such as sharp cheekbones or arched eyebrows, and makes it slightly more prominent. They have mentioned that the system could be used as an app allowing selfies to be changed before they are posted on social networking sites like Instagram, Twitter or Facebook. Besides, they’ve suggested that the software could be used for job applications, to create a digital version of an applicant’s face that will more readily stick in the minds of potential employers. It could also be used to make faces appear less memorable.

Aditya Khosla, from MIT’s Computer Science and Artificial Intelligence Laboratory (CSAIL) said, “We want to modify the extent to which people will actually remember a face. This is a very subtle quality, because we don’t want to take your face and replace it with the most memorable one in our database, we want your face to still look like you.”

To test their algorithm, researchers selected photographs of 500 people and modified them to produce both a memorable and forgettable version of each. When they tested these images on a group of volunteers, they found that the algorithm succeeded in making the faces more or less memorable in around 75 per cent of cases.

MIT researcher Aude Oliva said, “It’s really like applying an elastic mesh onto the photograph that slightly modifies the face. The face still looks like you, but maybe with a bit of lifting.”

Researchers are now investigating how to add other attributes to their model, so that it could modify faces to be both more memorable and to appear more intelligent or trustworthy.