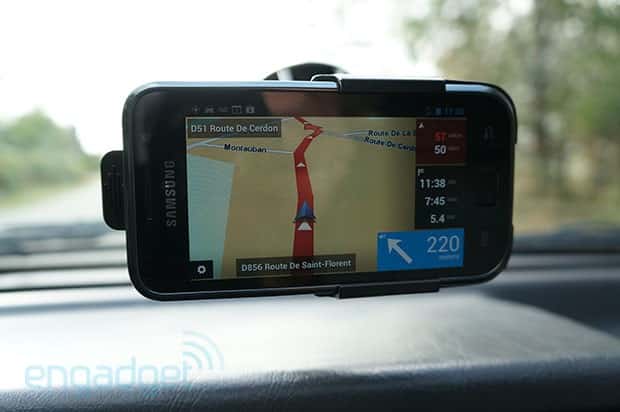 TomTom has released an Android-version of its navigation application on Google Play two days ago. One negative aspect of the application that already came to light is it doesn’t work on some of the high-resolution newer Android smartphones, including the Samsung Galaxy S III. The older your Android smartphone is, the better are the chances of compatibility. Except for the compatibility issue, the app itself is magnificent. The turn-by-turn navigation easily outperforms its Google Maps counterparts. Offline Mode: TomTom allows users to enter what’s called ‘offline mode’. One can still navigate through places in the case of an internet outage. During long road-trips this is perfect because data service can be spotty when travelling to outside coverage areas. This will, however, require a few gigabytes of space in one’s Android device. For example, offline-mode data for Europe will take around 3.1 GB of space.

Basic Functions: Similar to an actual GPS, the navigation application includes speed outputs/warnings. It also includes advance plans where a user may choose to store locations he/she typically visit. When traveling, users are allowed to choose whether they want to get to the destination through short-cuts, or by skipping toll roads/highways.

Graphics: The graphical user interface is nice. While driving down the road there will be a red line indicating the correct route. The blue arrow indicates the direction you are heading. The right side of the panel includes information such as the speed limit, current speed, and distance/time until arrival.

The Android application is a bit pricier compared to free in-built options from Google. The TomTom navigation app is selling for $52.11 at Google Play. That’s a hoard of cash to dump on an application, but it still beats the cost of a $90.00 clunky GPS.

Microsoft says Windows 8 Is Away From Two Years