Apple has launched a new internal daily newspaper for employees dubbed Daily Download, and you will found the screenshots of Apple’s impressive new Daily Download iPad app, also more Apple Store 2.0 news. Iinternal iPads will kitted out with Apple Connect, Apple Directory, Concierge, Mobile Genius, iRepair, and interestingly a new Easy Pay application, which is the system Apple currently uses to take your payments on an iPod touch and Apple Store 2.0 is set to launch this Sunday to celebrate the company’s 10th anniversary in retail………. 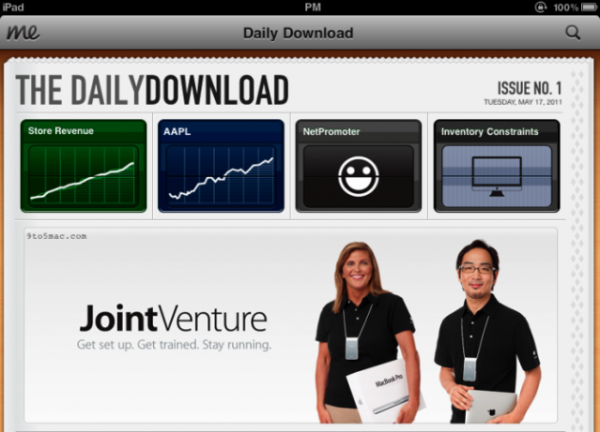 Apple will soon launch the renovated design of its Apple Store retail outlets, internally referred to as the Apple Store 2.0 and that new software isn’t for the registers or any of the computers that are available to the public. The publication can be accessed from new iPads that are also loaded with RetailMe, Apple Connect, Apple Directory, Concierge and strangely enough, the Easy Pay application, Mobile Genius and iRepair and also a trusted Store sources believes that the huge download that employees will be unencrypting over the weekend is for installing Lion on Store machines. 9to5Mac said its source revealed that the stores’ makeover goes very high up. In fact, it was overseen by Apple CEO Steve Jobs and senior vice president of industrial design Jonathan Ive. Ive, Apple’s golden boy designer, is behind signature Apple designs of products like the iMac, iPod, iPhone and the iPad. The rumored makeover would reportedly make Apple Stores more interactive, ramping up its personal setup service for newly purchased devices. This service will allegedly have a dedicated area within Apple Store 2.0 called “Startup Sessions,” where Apple employees would help customers get started with a new iPhone, iPad or other product. Additional aspects of the stores’ facelift include revamped, bigger displays and a new sound system. Sources told 9to5Mac that boxes have arrived at Apple Stores intended to be opened by store visual managers that could be some part of this. Apple could also release a new iOS app intended for use in stores. When users with the app installed on their devices walk into an Apple store, the app would detect which store they’re in and offer options like making a Genius Bar appointment or speaking with a specialist. 9to5Mac says the app could be released on Sunday. 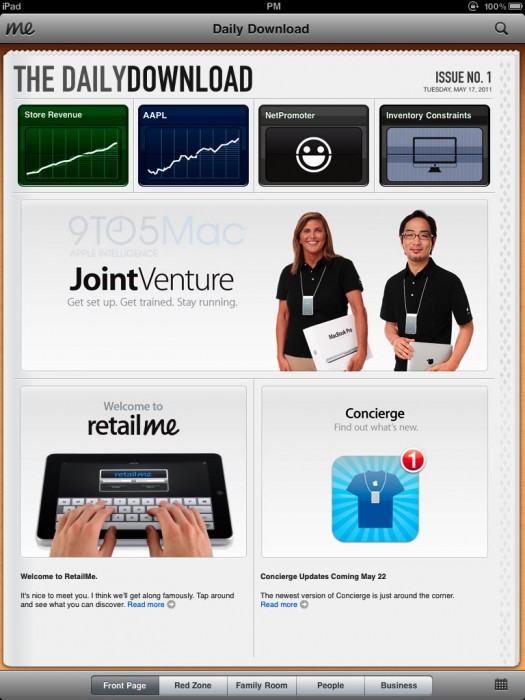 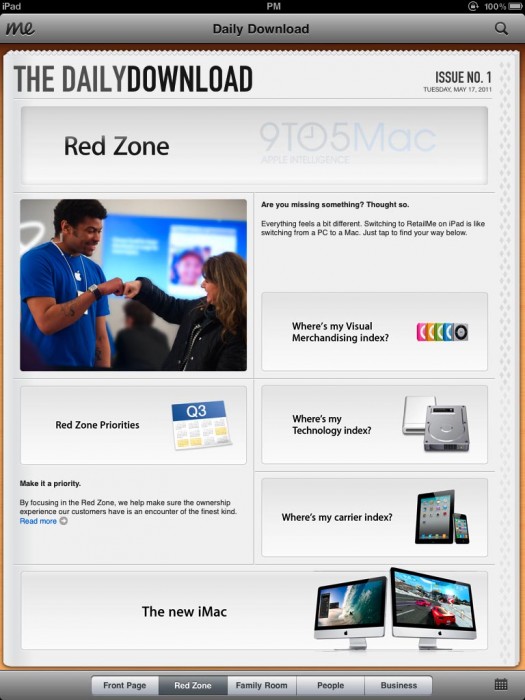 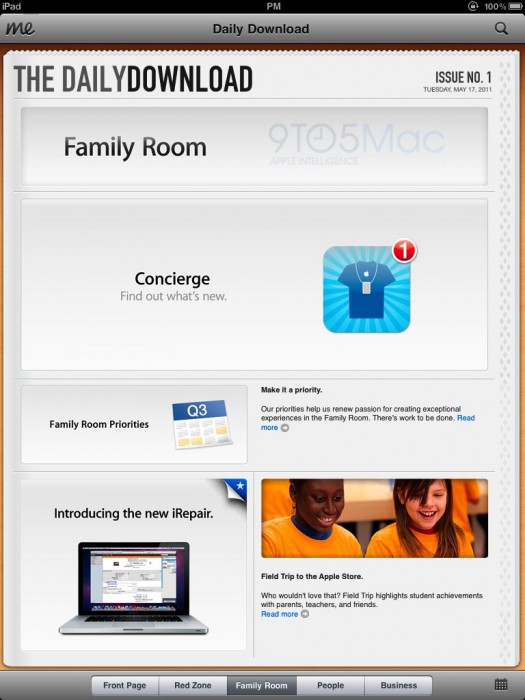 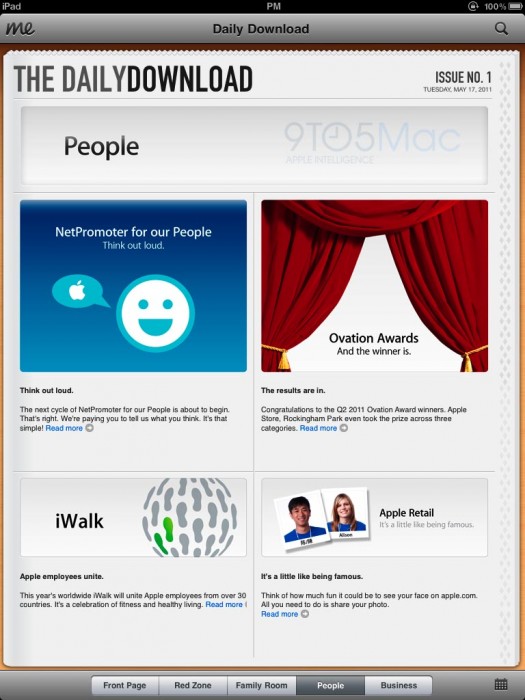