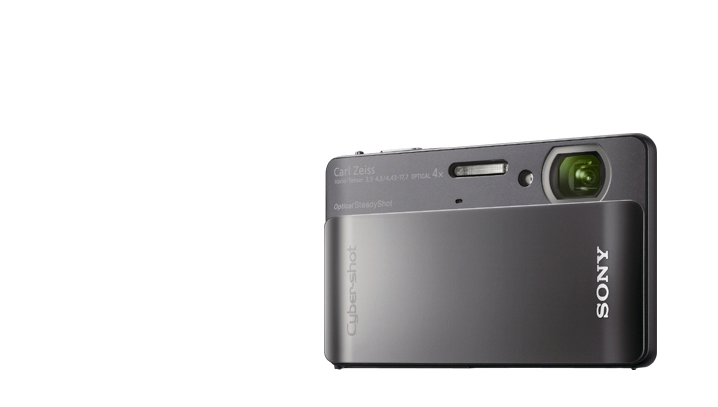 Cyber -shot TX5 is a new digital camera by SONY with stunningly thin 3/4″1 body,waterproof, shockproof, dustproof,  freeze-proof and many more…. Sony has unveiled its first tough camera in Australia: the Sony Cyber-shot DSC-TX5. You’d have to look carefully to know it’s a tough one: Sony has ditched the rugged-looking exterior that kinds of cameras usually have. Instead, the Cyber-shot TX5 is an ultra–compact digital camera with a minimalist look. This fashion-forward design does not always work in the camera’s favour, though.

Amazing things come in this small package. The Cyber-shot® TX5 has it all, from a stunningly thin 3/4″1 body to advanced technologies that make it easy to shoot gorgeous photos and videos. Aside from its remarkable intelligence, the TX5 is also built extremely tough. Its airtight construction is waterproof, shockproof, dustproof, and freeze-proof. Just slip it in your pocket and you’re prepared to capture the world in style, no matter where you are.

The camera is waterproof down to 10 feet below the surface, shockproof to falls of as much as 5 feet, and dustproof; it can withstand temperatures from 14 degrees to 104 degrees Fahrenheit. Beyond its stylish exterior, it also has features that make it a good choice for day-to-day use, including anti-motion-blur mode, Sony’s revamped Intelligent Sweep Panorama mode, and a high-definition movie mode that records 720p MPEG-4 video at 30 frames per second.

The DSC-TX5 feels pretty sturdy–as a rugged camera should–and it has a shiny sliding cover to protect its 4X-optical-zoom Carl Zeiss lens (25mm wide-angle to 100mm telephoto). I found the lens cover a little hard to slide, especially in the water. You get a choice of storage formats: The camera takes SD/SDHC cards in addition to Sony’s proprietary Memory Stick Pro Duo format, and it also provides 45MB of internal memory.

Though not outwardly resembling the destruction-proof likes of the Pentax W90, Canon PowerShot D10 or even the Olympus Mju Tough cameras with their extra bulk and padding, this slimline Sony matches its rivals for near-indestructible spec. In a first for this manufacturer it is dustproof, waterproof to depths of 3 metres (or 10ft), shockproof-ed against drops from 1.5 metres and freezeproof to minus 10°C. Sony claims it is the thinnest and smallest camera of its ilk. One thing is sure; it’s clearly much tougher than it looks, and gripped in the palm feels as well made and solid as you’d expect a product from this brand to be.

At the top of the Sony Cyber-shot DSC-TX5 you’ll find the zoom rocker, shutter button, playback and power button, while the front of the TX5 hosts a sliding cover that also switches the camera on and off. The TX5 has a completely button-less backside, with a 3in touchscreen to access the menu functions. We would have liked a five-way control pad and some physical buttons — in our tests we found ourselves navigating through the menu system fairly frequently.

Just 3/4″1 thin, the pocket-sized TX5 is also waterproof to a depth of 10ft2, shockproof from falls up to 5ft3, completely dustproof and can operate at extreme temperatures (14°-104 °F). The TX5 is also highly intelligent, with incredible performance for dimly-lit underwater scenes and Intelligent Sweep Panorama mode that works even in icy climates.

The other big talking point here is the fact that Sony’s point-and-shoot operation is almost entirely controlled via 3-inch, 230,400-dot resolution widescreen ratio touchscreen, the camera’s rear plate being devoid of any additional physical controls whatsoever. The only ones to be found are small and embedded within the top plate: lozenge-shaped shutter release button, teeny on/off button, rocker switch for controlling the zoom, plus dedicated playback button so shots can be reviewed without otherwise sliding open the lens cover to power the camera up. No more fussing with tiny buttons. Just tap the large, 3.0″6 wide touch screen display to review your photos and videos in vivid color. It even works underwater, so now you can enjoy shooting breathtaking photos on land and underwater.

Sometimes a flash can wash out the scene, making it hard to capture the mood of the moment. For low-light environments, the back-illuminated “Exmor R” CMOS sensor delivers stunning performance and increases sensitivity by 2x to reduce noise. Shots around the campfire never looked better.

Sweep Panorama Mode reaches beyond the traditional wide angle lenses to let you capture expansive, breathtaking shots of landscapes or skyscrapers up to 258°7. Just press the shutter and shoot the scene with a sweeping motion. The camera automatically stitches up to 100 pictures together for you. Holidaying with the camera, we inevitably found ourselves taking out the TX5 with us in preference to the higher end (but much bulkier) Panasonic G10 hybrid we also had with us at the time. The result is that you’ll more likely end up taking pictures in situations you might not necessarily have bothered to before.

The Exmor R sensor also lives up to the low light hype – to a point. Our test shots at ISO 1600 were as low on noise as those taken at ISO 800 with conventional CCD sporting compacts, and at the very top setting of ISO 3200 pictures still resembled photographs, rather than the fuzzy watercolour-like images rivals would produce at this setting.

So, the TX5 shapes up as a surprisingly comprehensive tool – surprising given its conventional (for Sony) and unassuming exterior. Just watch out for fingertips straying into shot when holding the camera in both hands to steady it; the lens positioning at the top right hand side of the fascia makes this a problem you quickly become familiar with.