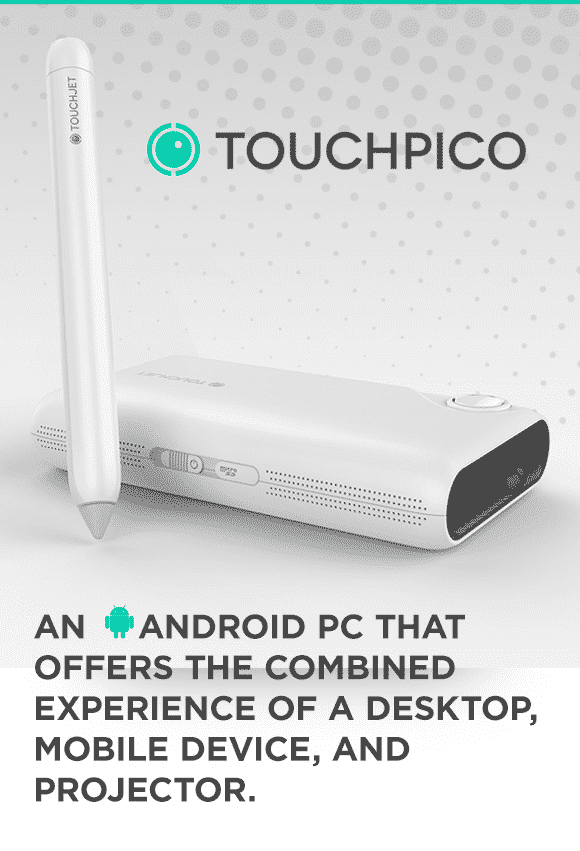 In 2012 we reported that with the help of AnyTouch people were able to turn any surface into a touchscreen. Last year we reported that people were able to turn any flat surface into a virtual keyboard using Magic Cube. And this time we have come to know that TouchJet has created a hand-held tiny projector called TouchPico that can turn any wall into a touchscreen. TouchPico is an Android 4.0-powered hand-held projector. It comes with Wi-Fi support, SD card support and HDMI connectivity. The projector delivers 80 lumens of brightness and can create an 80-inch display on any flat surface. The cheapest TouchPico costs $329 if purchased via Indiegogo. The retail price is expected to be $499 (£293). The device is scheduled to be shipped in October of this year. Here is a video showing TouchPico in action.

iPotty: A Special Plastic Potty For Kids With An iPad Stand

LG Gets Into The Race Of Wearable Computing