Diamond Dash has been among the earliest arcade games online which offered a truly social experience. It debuted in December 2011 with the feature of ‘Facebook Connect’, something which immediately hooked millions of users to the game. Now, in a press release, the developer of the game, Wooga, has announced that the game has hit 11 millions downloads on iOS devices alone since its launch!

The key to Diamond Dash’s success is its social aspect. The seamless synchronization of mobile and flash versions of the game, the ability to sent presents to friends, even from mobile to desktop users – all these features are too irresistible for today’s social network users. And at its very heart, is Facebook. 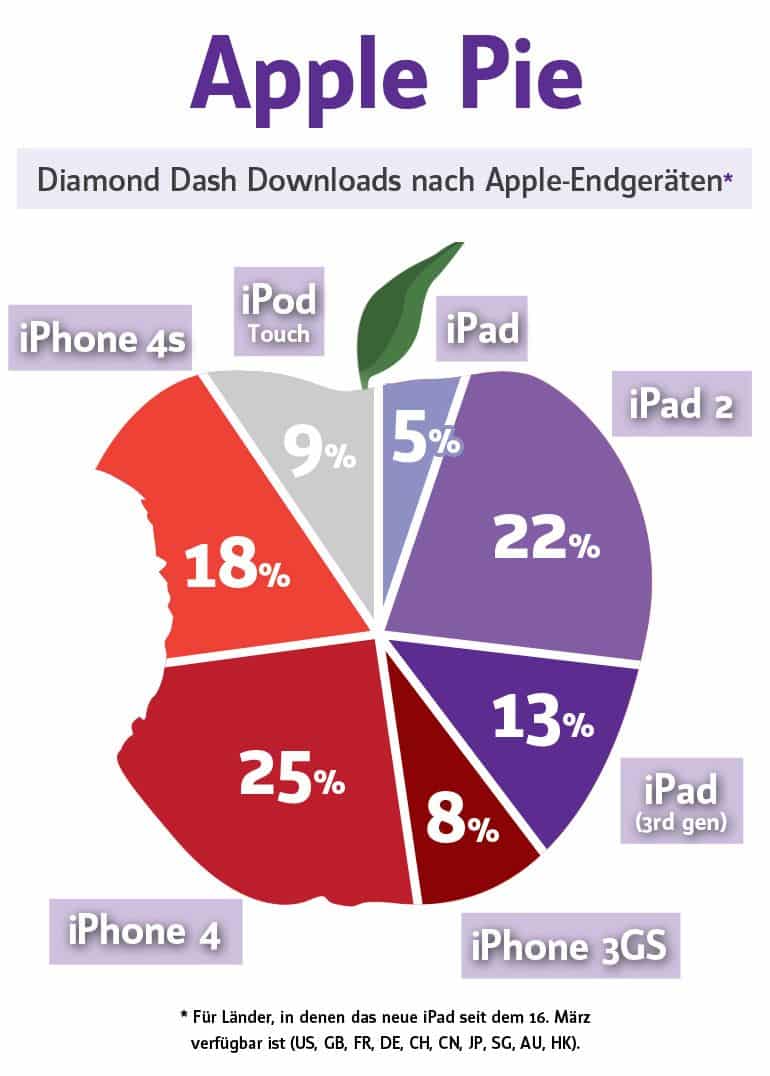 When the game launched back in December 2011, a mere 28% of the users would log in to Facebook from the game. This percentage has been continuously rising and now more than 64% of the Diamond Dash users go to Facebook via the game. Plus, these users are far more likely to spend money and on average, spend 50% more than average Facebook users.

The social network has been very significant in the success of the game. During March alone this year, some 18.5 million users were directed to Diamond Dash via its Facebook app. This highlights the increasingly important role Facebook is playing in the realm of mobile gaming. 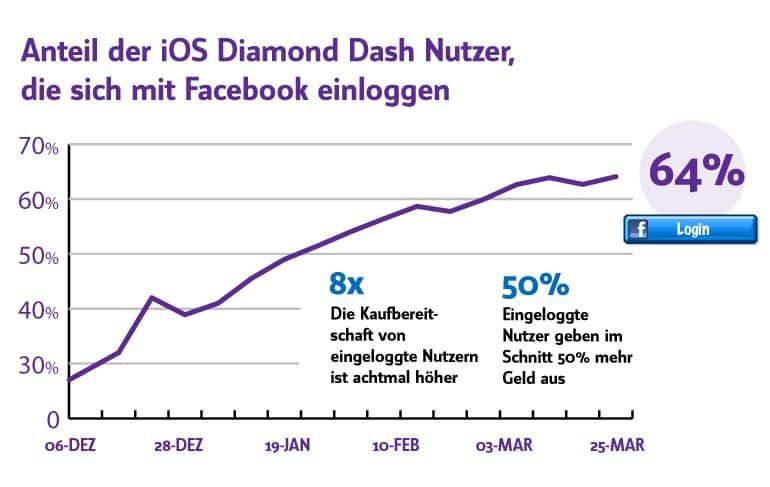 Whereas millions of users are hooked to the game, the company has released the figures for the first time, and only regarding the iOS devices. And it is quite astonishing that Diamond Dash has been downloaded a whooping 11 million times on iOS devices within the last four  months – that’s the numbers only for iOS devices. The game’s success can further be gauged from the fact that within days of the new iPad’s release, some 100,000 new iPad users already playing Diamond Dash.

On average, iPhone 4 and iPhone 4S account for 25% and 22% of the overall downloads of the game respectively. This affirms the significance of iOS devices in being a critical part of the mobile platform, somewhat beating Android even when Android devices are far more in numbers.

EA Filed Copyright Infringement Against Zynga And Suing The Company