Explore The Extra Terrestrial World And “Beyond: Two Souls”

Gamers’ always have a soft corner for psychological, thriller or horror games, at least I think so. That is why games like Doom and Resident Evil have become blockbuster hits. The name of Allan Wake should be said especially in this context, the alternative psychological horror action game that caught the eyes of all game lovers in 2012. Psychology thriller game lovers don’t need not to wait any longer for a new game in this genre. No, I am not talking about a sequel of Allan Wake. There is another alternative psychological thriller game coming real soon – “Beyond: Two Souls.” This PlayStation exclusive will focus on the entrapment of a person into two worlds — real and spiritual. 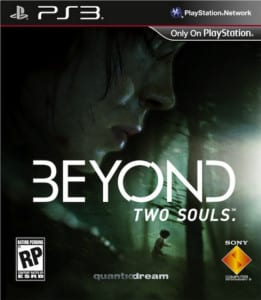 The game features a female character named Ellen Page,characterized by famous actress Jodie Holmes. The story tells what happens after the end of life. Yes, I mean death. Does spirit really come back to the real world? Is Ellen Page a medium for the spirits? Trapped and psychologically linked between her own and Adien’s, the mysterious entity beyond death, can Ellen find out her true entity? Is Adien really a spirit or some other supernatural material? Or, she’s only a psychological entity of Ellen? You’ll find the answers in the game “Beyond: Two Souls”.

The game will offer a third-person action perspective. The main difference between this game and others will be its content. The game is action-packed, with the lead character capable of pulling off supernatural tricks such as holding off attackers, manipulating objects, jumping from highest peak etc. While Ellen is lost into the two realms, the Police and others will be searching for her for undisclosed reason. The high voltage action will focus on QTE movements and simple controller layout. Another extraordinary feature is time perspective of the game. Every action has to be conducted in perfect time period. Failure to do so would result in disability in blocking attacks or executing supernatural tricks. Another cool feature of the game is the emotional ups and downs of both the characters.

“Beyond: Two Souls” also tells the story through Adien’s eyes. Players will experience how it feel to be a mysterious entity. As Adien, players can travel through walls, go to the farthest corners, explore and detect hostile positions, listen in enemy conversations, manipulate objects to attract attention, warn Ellen from danger, and help her to pull off extraordinary tricks.

The release date of beyond Two Souls is not yet confirmed. During Electronic Entertainment Expo 2012, Quantic Dream, the developer, announced that the game will be available in the first quarter of 2013. The game will be released for PlayStation 3, PS Vista, PSP and PSN. The publishing rights will be in Sony Computer Entertainment’s hand.

Should You Upgrade To Windows 8? Why Or Why Not?