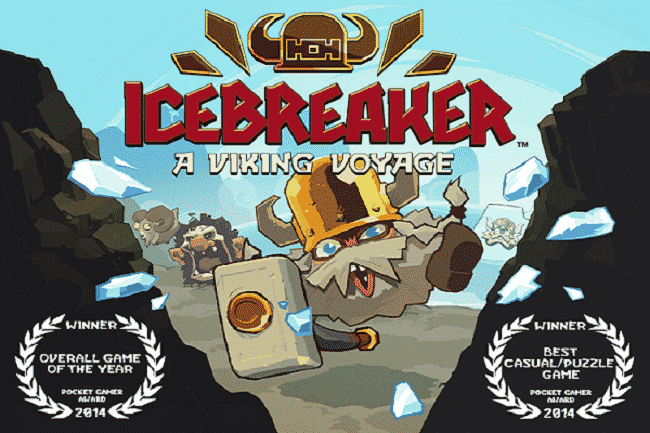 Icebreaker: A Viking Voyage is an award-winning game where you have to guard the Viking stranded by breaking the ice and other objects. This, Nitrome presented, puzzle game is now App of the week on Apple App Store and #1 iPad app featured in 146 countries! Nitrome, a flash-based games development company, released Icebreaker: A Viking Voyage, at the middle of last year, but recently it has added mega updates including 140 total levels in three different lands with quests, Vikings, trolls and deadly theme park rides and at the end you have to fight with epic last bosses. After the updates, it has hit the App Store and Google Play as well. Gameplay is pretty simple but challenging as you must have to save your vikings by breaking the ice, cutting the ropes, traps, chickens and troll snot. For tricky and difficult levels, you can use special god powers to speed up. There are tons of secret which you have to unlock throughout each level. Every final session, epic big bosses will meet you and you have to fight against them in gigantic mountain troll. As your basic target is to save all the Vikings, so you have to plan very carefully. Otherwise one wrong move can leave you in huge troubles. To get rid of from those difficulties, there are some in-app purchases including Fingers of the Gods, Sack of Powers of the Gods, Gravity of Gods, Magbets of the Gods, Kraken unlock, rollmarsh Unlock and Crate of Powers of the Gods. This Pocket Gamer Award 2014 winner is currently FREE on App Store and you can grab it from the given link.